It's fine if you believe in a theoretical or philosophical free market - even if you believe than any decision on the economy should move more toward that freedom. I think I understand that position. My personal view is that a free market subject to regulation by a democratically-elected representative form of government is preferred. I respect and believe in the right of individual property and its protections. I am not a Socialist. But could someone please tell me where that pure, free market has ever existed or how it ever will exist except in pure theory? And, by what authority?


We could go to feudal times when a gold-based economy was all the rage. And rage there was! European Feudalism is a nice term for rule by war lords. Step out of line or your position in society and you lost your head, or had your hands chopped off, or bowels drawn out and burned while you writhed (you get the idea - It worked for religious conformity too). But it wasn't just the physical violence inherent in the system. The gold-based economy with its coinage and royal prerogatives and charters, etc., was subject to the whim of kings and popes and their conquests and monetary policy. There was no free market. 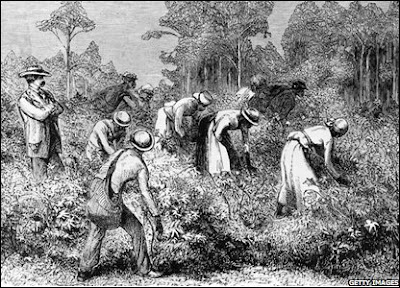 Let's look at that golden age of our founding. Yes, we had a revolution in part inspired by economic concerns. The founders had their interests in self-governance in all matters, not just economics. And some of those self-interests included the protection of slavery, an economic system just as horrifyingly obnoxious and repulsive as European Feudalism. It benefited the North economically as well as the South. The Constitution was born flawed. But it was also born with the blessing of inspired principles that allowed us to change moving towards freedom even if it cost us a bloody civil war and civil rights movement. We were also blessed by having such greats among us as Frederick Douglass and Abraham Lincoln. People who made a difference. 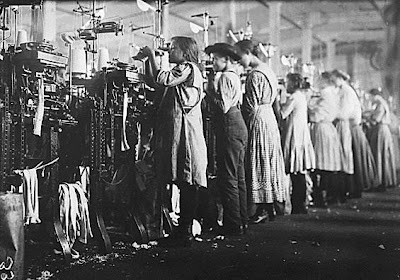 Some hearken back to a "golden age" of the late 19th Century when the industrial revolution finally caught up with the US. Our agricultural lands were also well developed, and our economy boomed (and busted on occasion). Yet this economy was still based on gross manipulation of the strong against the week. Sharecropping, child labor, sweat shops were manipulated by people called "robber barons" for good reason. It may not have been quite as violent or desperate as medieval times, but it was still rather squalid for the vast majority. Of course it was still the land of opportunity and those who worked really, really hard, or were lucky, or gamed the system, could move ahead.

Look. I know I'm oversimplifying, but the whole point of our American Revolution and our Constitutional government was to put us, we the people, in charge to avoid these kind of abuses. We have to work together in the give and take of finding common ground as we respect and protect each other's rights and help allow and provide for equal opportunity for individual advancement and reward - not at the expense of another individual or group, but in a way that best works to elevate all. There is no one right answer or political philosophy or even religious belief that will promote the good of us all united in this nation. It is the very process itself as we learn to work together - not apart, and not against each other.

In the real world we have an opportunity to do better. We cannot pretend that there is now or ever has been any purely free markets. They have always been subject to the manipulation of the powerful over the weak. My interest is making that power as broadly dispersed through all the people as much as possible so we all have a say and can create opportunity for all. Not just the privileged races or minorities or religions or gender or whatever the classification. Yet we can't ignore that those classifications have existed in the past. And even if we all pretend they don't exist now, do we really believe that? Aren't Mormons and Baptists both a little upset right now about religious intolerance? Aren't Republicans saying Herman Cain's race shouldn't matter? Isn't Michelle Bachmann promoting her perspective as a mother of numerous foster children? Haven't there been attempts to distinguish "real" Americans implying some of us are not? I don't even think one percent of the population is responsible for all our economic ills. But lost as they may be, I'd still like to see them brought back into the fold with the ninety and nine.

In the debate last night we saw what appears to be a political party successfully selling to some the ideas that taxes to help provide for social causes are bad, all regulation of business or any aspect of our lives is bad and the more we get rid of those things, the better off we'll be. I just don't get it. I don't want anything we've already seen in our history. And I don't see how we get to any kind of a utopian ideal through a free-market economy by throwing away all our progress out of that history. We have lots of work to do together. And let's not forget our progress so far.

Some say we can't afford it, that our debts are too high. They are high. But we faced and overcame massive debt before to recover from a Great Depression and defeat Fascism and Imperial Militarism at great sacrifice in lives as well as treasure. We came home from that victory and demobilized (mostly - we could probably use a little more of that still). And We prospered. We made great sacrifice to destroy clearly evil ideologies of the past century. I think we could all make a little sacrifice to serve each other now, promote our freedoms and each other  through our Constitution as we deal responsibly with our debts. And we can do it together without destroying each other. It still can work.
at 10:31 PM