God bless Lee Greenwood! (as well as everybody else in the world)

Greenwood’s “patriotic” song has become an unofficial national anthem and it really bothers me. I’ve tried to separate it from my admitted prejudices against country/western music, that uniquely American art-form based on Cowboy culture originating in Mexico (where do you thing they got the fancy boots?)  I don’t sing it attempting to remain respectfully quiet when others do. If there is an opportunity to discretely leave the venue, I will do so. I don’t think I need to take any stand that could offend other than express it here on my personal blog for all the world to see. (Oh well).
There is some annoyance with the general tone of the tune tending toward prideful jingoism. And I did finally pinpoint a specific objection while analyzing the lyrics. Here it is:

And I’m proud to be an American where at least I know I’m free
And I won’t forget the men that died who gave that right to me.”

I happen to follow the Declaration that our rights are not given by Kings or Governments but are self-evidently endowed by the Creator. As a near pacifist, I nevertheless respect the sacrifice of our veterans of numerous wars because of their righteous intentions to serve and protect our freedoms regardless of some occasional, rather wrong-headed geo-political decisions of our leaders. Yet defending and protecting God-given freedoms is not the same as granting them. In fact, I think there is some significant danger in the idea that “freedom” is granted by the military. Some South American nations, as elsewhere, have the odd idea that their Army is a protector of democracy as they will occasionally rise up and establish military dictatorships to “save” their nations from what they perceive as dangerously leftist regimes. (I actually spent a couple of years in Brazil while the military ruled – not all bad, but not exactly my ideal).  On the other side of the political spectrum, we have had “people’s” armies in Red China and Soviet Russia supposedly defending their respective mother or fatherlands.
It’s more than just anti-militarism. Some criticize our established National Anthem because of its war lyrics. Yet, those classic lyrics are clearly intended to reflect the flag’s symbolism in defense of freedoms. And its language linking wars and the Divine, which I heartily sing, are not offensive to me in the least:


O, thus be it ever when freemen shall stand,
Between their lov'd homes and the war's desolation;
Blest with vict'ry and peace may the heav'n rescued land
Praise the Pow'r that hath made and preserv'd us a nation
Then conquer we must, when our cause it is just
And this be our motto, "In God is our Trust!" 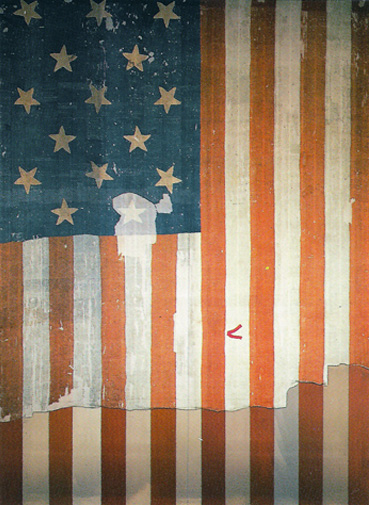