Malheur is Alcatraz, NOT Waco

A friend reminded me of a better comparison to the armed occupation by self-proclaimed militia at the Malheur Wildlife Refuge other than the debacle at Waco, Texas with the Branch Davidians. From November 20, 1969 to June 11, 1971, Alcatraz Island was occupied by militants of the American Indian Movement (AIM). They had a series of demands somewhat like the Malheurians about returning land to the "rightful" owners. The feds just waited them out. I still hope the Malheur confusion is resolved without getting anyone hurt even if it takes a year or so.

I do sympathize with the Indians, or Native Americans, more than I do with the armed cowboys at Malheur. In fact, the local Paiutes have already stated their position that if the Wildlife Refuge is returned to anyone, it should be them. But history is a bit beyond that.

We have horribly mistreated the original peoples of the Americas. By the way, I have learned that while "Native-American" is a more PC term than "Indian" because of that whole Columbus-being-lost-thing, the native peoples I know generally prefer to be know by their tribal affiliation. And that seems to be a proper question to ask in discussion with a Native American friend, "What is your tribal affiliation?" The term "Indian" still has legal meaning in federal Indian law as "a member of a federally recognized Tribe." The list of recognized Tribes is published about every two years by the Department of the Interior. It looks like the last one was about a year ago on January 15, 2015 with 566 Tribes listed.

The reason why I don't sympathize much with the armed cowboys at Malheur is while there are many grievances they hold (none as serious as those of the tribal peoples), there are numerous remedies at law available to them to air and resolve their issues. The Taylor Grazing Act of 1934 was established to put an end to the Range Wars. See Hollywood Movie "Shane." It established the grazing districts and grazing preferences (not rights) of area ranchers who owned qualifying base property. Otherwise you had cattlemen and sheepmen shooting it up as well as harassing the poor sod farmers with their hired guns. See "Shane," supra.

In 1976, the Federal Land Policy and Management Act (FLPMA) was passed by Congress and signed by Republican President, Gerald Ford. After a bi-partisan study with much public comment and involvement, Congress determined under the US Constitution, Article IV, Section 3, Clause 2, that it would no longer have a principal goal of disposing of the public domain (it still does to some degree), but it would retain the public lands and direct the Bureau of Land Management, US Department of the Interior, to manage the lands for multiple use. FLPMA requires planning with public advisory boards and participation from all who want to comment. The Livestock Grazing Boards continue to advise the BLM and the Taylor Grazing Act remains in effect which uniquely gives ranchers access to an Administrative Law Judge for fact-finding hearings to resolve disputes with the Department of the Interior.

FLPMA and the other land management laws are not easy to administer, believe you me! There's a common joke among BLMers that as long as the Developer/Land Interests on one side and the Enviromentalist/Recreationists on the other are both unhappy, then they must be doing something right. They actually do much better than that and there are thousands of examples of good management throughout the West involving BLM, local governments, land owners, environmentalists, recreationists, ranchers, loggers, oilmen, miners, etc., etc. Most of the complaints you hear are from one of these individual groups who want their interests enforced in spite of and in disregard of all the others. Hint: Just because you live close to the public lands does not give you any better right to control (well, except for under the Taylor Grazing Act).

The theory of the armed occupiers at the Malheur National Wildlife Refuge (oh yeah, see their Congressional authority under US Cons., Art., IV, Sec. 3, Clause 2, here.) is an odd interpretation of medieval common law from Great Britain, which I think we had a revolution from to establish our own Constitution. They seem to argue that the Sheriff of a County is the ultimate authority of the People under the theory of Posse Comitatus. They don't even get posse comitatus right. I found this in an old treatise of British Law: Yeah, I don't get it either.

To give them their due, I have picked up from the Malheur videos that they believe in a very strict interpretation of the U.S. Constitution that I don't even think was applicable in 1789, much less today after the Civil War and the Fourteenth Amendment which significantly limits the ability of states and local governments (even under the Tenth Amendment) with regard to the rights of all citizens of all the States of the Union. Their theory goes something like this: the county government and the sheriff are the supreme authority of the people and the sheriff is to protect the people from the State. The State is to protect the people from the encroaching federal government. And the federal government is only to protect the borders against foreign invaders and illegal immigrants with very limited regulation of interstate commerce. That's about it. They tend not to deal with the Constitutional provisions I have previously posted relating to this situation. (Nor really anything to do with federal protections under the Bill of Rights and any other Amendments. Guns don't solve problems, laws to protect rights do.)

But, you know, let's go ahead and have that debate! Some of it is already in state legislatures, the halls of Congress, and the federal courts. I'm willing to go along with whatever legal system is in place not just a bunch of guys with guns. Or I'll just have to call Shane to come back. 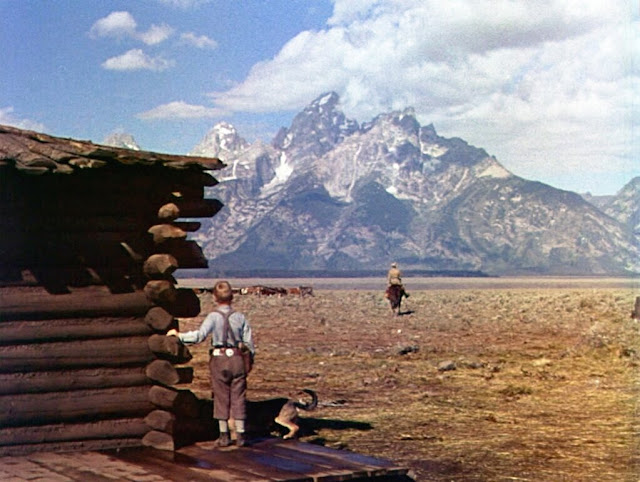