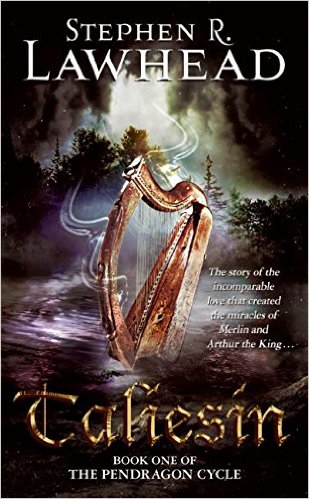 These aren't really reviews because I'm more attuned to the book reports I used to do in grade school. (Man, I wish I had smply taken a pic with my phone of my bookworm on the wall of Mrs. Baker's 3rd-Grade class at Thoreau with each segment representing a book I had read that school year! But alas, "my" phone was attached to the wall at the end of the hall in the 3 bedroom, one bath, rambler I grew up in on 137th Street on Finn Hill, Kirkland, Washington, and it didn't even have a camera. The number was VAn-dyke 2-3072. And I couldn't afford to re-purchase that house now costing more than my present house of three times the size and more phones that we can keep track of. OK, that was a serious digression.)
But at that time in 3rd grade, I was searching for the kind of books I am only finding now - about my Celtic heritage I only vaguely sensed, but through the inspiration of my good Dad, who told stories to us and built us an amazing toy castle with knights of the round table. (See here for more digression that will soon connect.) My dad didn't know it either, but he still felt it in his blood. (I now have his DNA results!!)

The initial struggle to get through the Atlantis chapters in Taliesin actually paid off. I get it now, especially in the second volume Merlin, of course, understandably a descendant of Atlantians. It is the Atlantian chapters of Taliesin that allow only 4-stars. This may be upgraded as Merlin is shaping up to an amazing 5-star read. Yes, we're approaching C.S. Lewis and Tolkienesque levels of fantasy writing here with a surprising, at the end of Taliesin, leap to a near perfect merge with the earliest forms of British Christianity. The Christian symbols and analogies of Lewis and Tolkien were always a struggle for them. Lawhead may be getting it more than right in the perfect respect he has for pre-Christian forms of belief and legend and how a fusion with Christianity may have taken place.

OK, this part is purely fiction, but it sure rings true. The character of Taliesin, based on a very likely real historical character with many myths and stories attached, almost the opposite of Arthur (coming in book 3), a mythological character with the possibility of some vague and tenuous actual historical facts attached from a variety of source material, was the greatest of all Bards before and after. And he has a mystical Christian vision of the one, true God. I have to share:


"Look upon me then, Shining Brow [Taliesin]. Behold."
Taliesin raised his eyes and a sudden, sharp breeze began glowing, dispersing the unnatural vapor. He had a last glimpse of the Ancient One through a gray hanging veil of fog, and then the veil melted away and there stood before him the giant figure of a man--at least twice as tall as any mortal man--wearing a dazzling white robe. Light glinted and shone in dancing rainbows around the man, and Taliesin felt the heat of the being's presence like a flame that licked his face and hands and burned through his clothing to set his skin ablaze.
The man's face shone like the sun, burning with a white-hot heat so that it could not be gazed upon, nor its features discerned. The being raised a hand toward Taliesin, the light leapt up
and the Otherworld became a meager shadow, vague and unsubstantial.
"Do you know me now, Shining Brow?"
Taliesin sank to his knees and raised his hands in supplication. "You are the Supreme Spirit," he said, "Lord of the Otherworld,"
"Of all worlds," corrected the Ancient One, "of this world and the next and the one beyond that. I am the Long Awaited King whose coming was foretold of old, who was, and is, and will be again. I am the Giver of Life, known from before the foundation of the world, by whose hand Heaven and Earth received their form. I am known by many names, but the time is coming and is soon here when all men will call me Lord."
Taliesin trembled with fear and awe as the Supreme Spirit's words burned into his soul.
"I am the one you have sought, Taliesin, in the deep, secret places of your heart. I am the light that strives against darkness. I am the knowledge, the truth, the life. From this moment you will hold no other gods above me. Do you understand?"

That visionary experience may seem somewhat familiar to my Mormon friends. Check out Moses's vision here. And Joseph Smith's and Oliver Cowdery's in the Kirtland Temple here. Wow!

And there's more. On our 2010 trip to Britain, my wife and I took a serious detour to visit Cadbury Hillfort, one of the suspected sites for the legends of Camelot along with the more famous Glastonbury. In Taliesin, the Atlantians settle on Glastonbury Tor creating the myths of the Folk of Faery as a Christian Shrine is restored on the lower hill. And Taliesin's people end up settling on . . . yes! Cadbury Hillfort!!!! Was it only luck that led us there?

So, without any more spoilers, I highly recommend this book. The best part? I should be faithful to the Christian elements, but the wonderful thing for me now is the use of Welsh language. I get it! I can read "Myrddin bach" and know exactly what that means in my head without having to think about it or translate to English. But then, it was the Welsh who saved [West European] Christianity in the Dark Ages.