A Descendant of Llewelyn Fawr

As excited as I am to start my Welsh class tomorrow evening, it's making me a bit nervous with the anxieties of an older middle-aged man not sure about starting a college class after 30 some years. The young tend to jump into life-changing ventures like college, missions, and even marriage more excitedly than anxious.

Then I was playing around with BYU's great ancestral connections program (Which Norton seems to think an unsafe site linked as it is to family history information). And I discovered something grand. OK, it's good enough to be a direct descendant of Henry II and Eleanor of Aquitaine even if through the "lacklanded" son. But it was the next few generations that stir my blood - as direct descendant of Llewelyn ap Iorweth - Llewelyn the Great and the Lady Joan, illegitimate daughter of King John. And their daughter Elen who connects to me down through English nobility until, surprisingly, my Welsh Vaughans marry into their descendants in Northern England, Yorkshire and Durham. 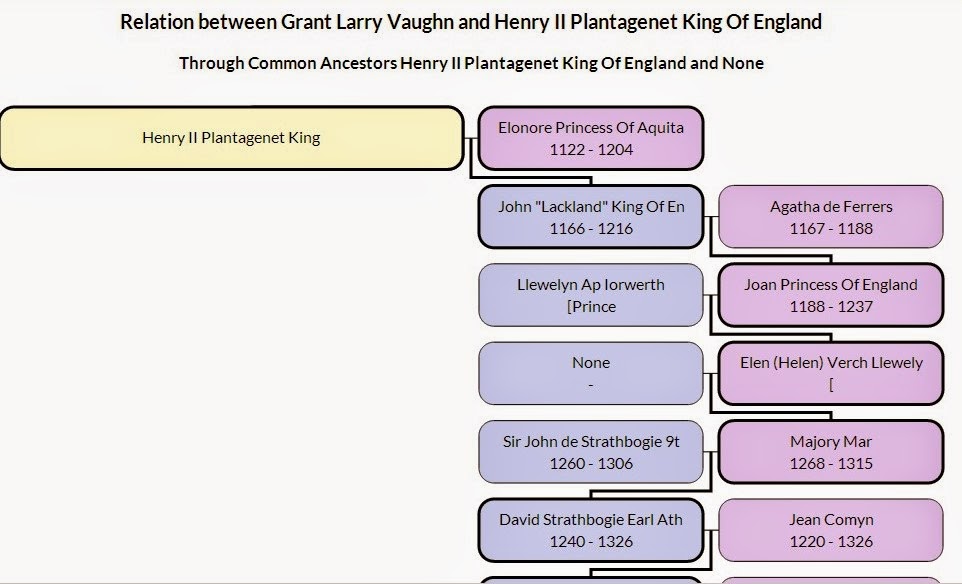 These Royal Welsh ancestors are well known to me from reading Sharon Kay Penman's excellent Here be Dragons trilogy of the last true Princes of Wales. I highly recommend the books whether you're a Welsh cousin or not.

Speaking of Welsh Cousins, I came across a cool map on the Ameri-Cymru Facebook page. It shows the percentage of those with Welsh ancestry in each county of the US. Many went to the industrial areas of West Virginia, Pennsylvania, and New York, of course, including some of the Vaughans. And the results of Mormon missionary work in the 19th Century can be seen in the Intermountain West. That one dark red county is Oneida in Idaho where Malad was settled by Mormon Welsh immigrants (and not many others, apparently.)

OK. I think I'm back excited and brave enough to start class tomorrow.