Probably not the headline you were expecting today. While this blogger supports the Family Proclamation, I wish to note some interesting aspects of the decision in the Federal Court of Appeals for the Tenth Circuit upholding the Federal District Court in Utah in ruling that Utah's Amendment to its State Constitution on Marriage is invalid under the U.S. Constitution.

As I had predicted, this ruling has no effect on anyone's religious beliefs or practices regarding marriage. The Court seemed to go out of its way to so state: 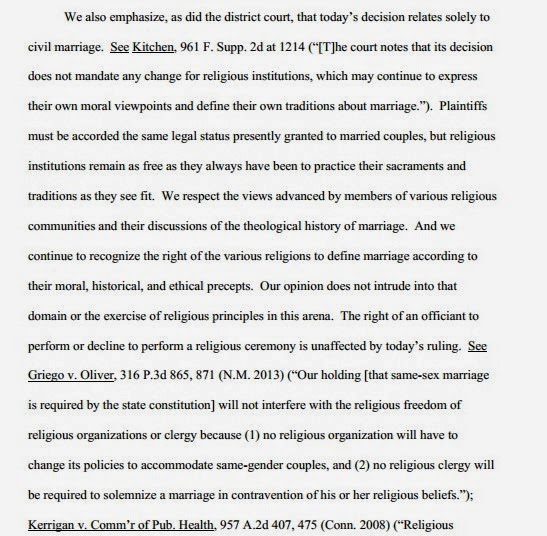 Now, while this may be viewed by some legal minds as dicta, that is, a non-binding statement of the court not directly related to the ruling, it is still pretty powerful and I bet will get some citations in later cases. It also cites state court cases. But now, they are elevated to 10th Circuit law.

The Court also made a point that its ruling on marriage does not apply to Polygamy: 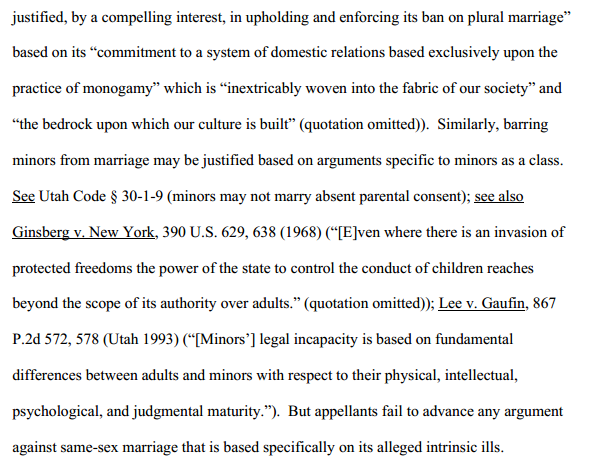 No one dared to argue, not even my good buddy Gene Schaerr, that same-sex marriage was intrinsically bad or evil, even as you are free to believe that in your personal or religious practices. They knew that was a loser argument because Winder in the US Supreme Court, indicated, just a year ago, that when a law creates a special class to deny certain opportunities, that tends to establish animus against a group almost creating a protected class in and of itself.

The Tenth Circuit also ruled that animus had no bearing in Utah's Amendment. Apparently, they did not read much of former Senator Chris Buttars statements regarding the Amendment. Good thing.

And that's all I will say about this case for now. If you want to read the whole thing, you can find it at a lot of places. Here's a good link to a local blog that tends right of center.
at 5:40 PM