We're ready to call it. Rees Price, tailor of Glasbury, is the father of John the B born 1789. We have broken through the brick wall of illegitimate birth.

[Even thought we heard back from our researcher in Wales that the 5th piece is inoperable as a strange coincidence of names (it was a different village, different mother, and apparently a different "Rees Price"), we still think the first four are enough. We'll keep looking, but we may never find anything more solid.]

It's still only a circumstantial case, but all the pieces fit. Here are the parts. You can tell me if you think we got it wrong.

2.  12 June 1789 [from Hay Church Vestry Minutes] "That Roger Vaughan and daughter be allow'd 9d p. week towards the maintaining of her bastard child on account of the tailor who is now in gaol."

And, the last piece:


5.  [From 13 May 1789, Breconshire Quarter Sessions Order Rolls.] "Llansaintfraed - Ordered, that the Recognizances of David _____ and Rees Price for Bastary be further Respited to the next Quarter Sessions."

Each piece fits with the others. None of them independently establishes parenthood, but all of them linked together do. There may be a bit more we can find behind this. I did look for the next Quarter Sessions, and a whole year and a half after, but the recognizance didn't come back up before the court. It must have been resolved at the parish level. We will commission our researcher in Powys to check for more behind that respite of the recognizance now that we have a date and name confirmation.[Our researcher was able to rule out our 5th piece of evidence as it appears to be a coincidence of names in another village in the county with another woman.]

The idea to go back to the Quarter Sessions was gnawing on me for a couple of weeks. It had been five years since I looked, in the three adjacent counties, for a Petition for Maintenance in Bastardy filed by Hannah Vaughan. None was found. After checking church courts (Consistory Court) and any courts leet we could find (not many), I was frustrated. That's why I had to find the laws on bastardy. And it reminded me that Justices of the Peace were at the Quarter Sessions. Maybe Rees Price was mentioned with respect to jail or bastardy without Hannah or John's name. I didn't know that name when I looked before. And there he the name was. [But he appears to be another Rees Price of Llansaintfraed, not Glasbury.]

Maybe we'll find more; maybe we won't. We may never know if Hannah was taken advantage of, seduced, prostituted, or worse. I suppose she could even have been the initiator. Maybe they were in a long-term, clandestine romance. We do know that Rees Price the tailor was already married, so this wasn't a good situation for all concerned. What's done is done. Yet . . . what can be healed in Heaven can be healed on earth.


In the Temple last night after finding that last clue, we were doing a lot of German names in a sealing session. I haven't thought about Goethe for a long time. We did some reading from his epic "Faust" in my college German 201 class. Goethe took a unique twist on the Dr. Faustus legends. There was a deal with the devil, yes. But Faust's unending quest for knowledge, ultimate truth, and above all, redemption by God's Grace exemplified by Margarete/Gretchen's repentance, even if at death, conquered ol' Mephistopheles in the end.

Redeemed, not judged or condemned.

We're doing Temple work for Hannah, John, and even Rees. We're not judging. We are helping to provide their opportunity for eternal redemption. They're our family. 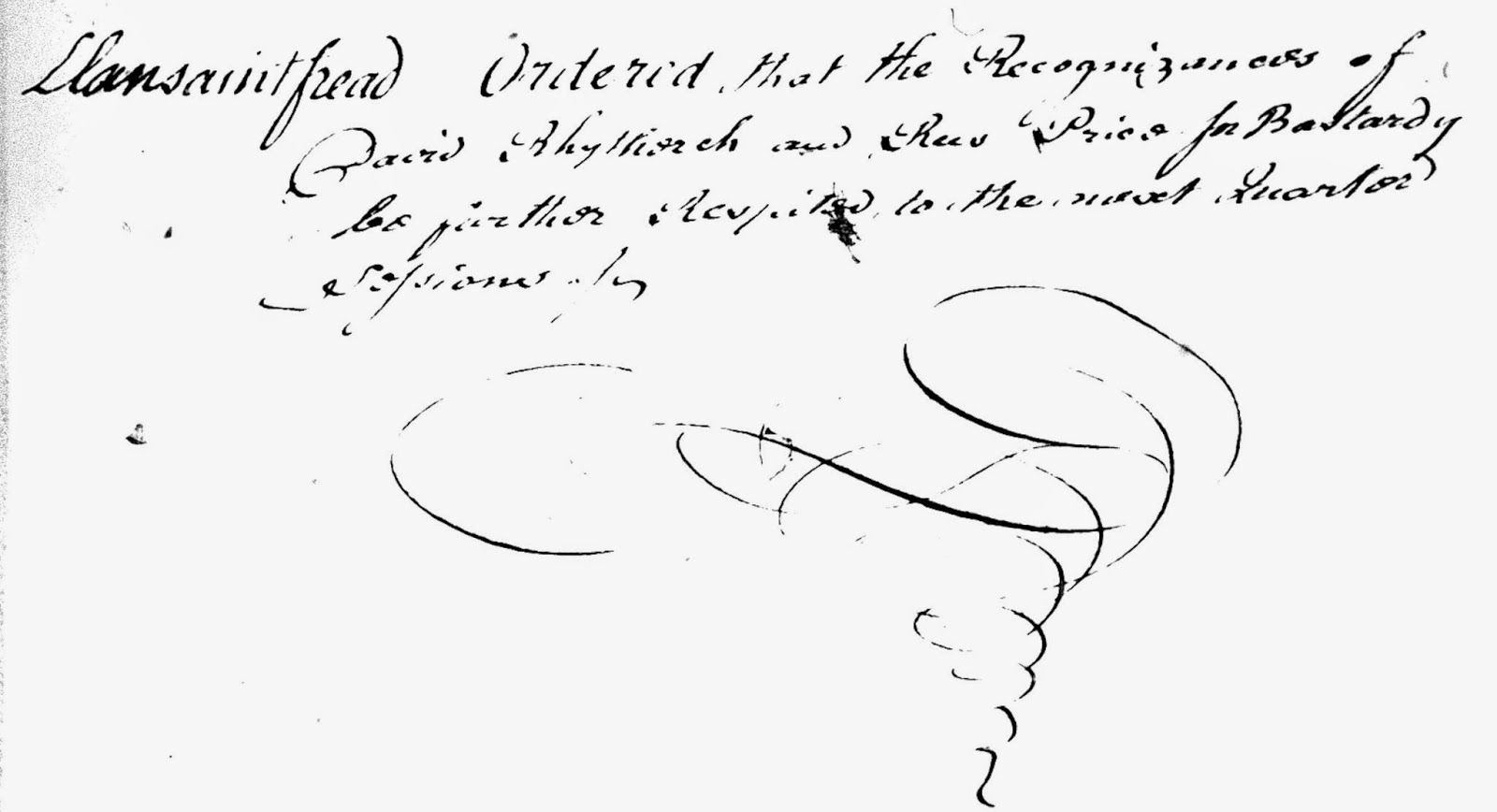