OK, I'm going to Disneyland today so I really don't care about the world's troubles. And I haven't been reading or blogging on much news because I'm just tired of it all. But it's worth a blog post to note when I appreciate one by the generally annoying Daniel Peterson, the Mormon apologist and political conservative, who loves to go ad hominem, even on yours truly at times. He stood up for the President today - at least to the extent of dispensing with some of the crazy, Islamic-conspiracy fanatics out there. Peterson is an expert on Arabic and Islam. Just click on his name above and check it out.

My thought is that the Prez is the quiet guy who figures out ways to get things done within his limitations. Congress won't let him close Guantanamo and transfer the prisoners? OK, he'll just act as Commander-in-Chief to openly trade a few for the release of an American Serviceman. I mean it's not like he's secretly violating any specific laws of Congress outlawing support for Contras by trading arms for hostages (Ollie North & friends under Reagan).

Maybe Congress will come back with a law to block him from doing anything with the prisoners in our Guantanamo camps. But I doubt it would get through the Senate or a Presidential veto. And it could create some Constitutional problem allowing the courts to let all the prisoner go.

Well, my Disney Princess Granddaughter needs me today. She has a full wardrobe of costumes to wear to Disneyland. I think she's stuck right now on Queen Elsa. Maybe one of these days she'll go as Jasmine. 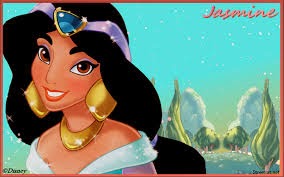