The Book of Mormon has been translated from English into 106 languages! Nobody's seen the original Reformed Egyptian for a while, but at least twelve did (one + three + eight = 12. An interesting number).

This struck me yesterday when I went to the local Distribution Center, blessedly, just a couple of blocks away right here in Centerville. My wife asked me to pick up a paperback, standard blue copy of the Book of Mormon for my grandson's baptism. In the old days (about 3 years ago), it was traditional to buy a nice set of scriptures for an eight-year-old being baptized. But now in this digital age, my wife was trying to make a point about marking scriptures by having me show them on my smartphone while our grandson marked them in a more traditional way in the blue paperback.

At the Distribution Center, I thought I would buy copies in a few more different languages as we don't know where our grandson will end up serving a mission in about ten years. (My wife and I didn't communicate that well, so her presentation got a little confused when she handed the Japanese version to our son-in-law who served in Italy, and a Chinese-character version to our son-in-law who did serve in Taiwan, but did not learn to read characters.) I also made the point that missionaries of the future will probably be calling scriptures out of thin air as they wave their fingers with electrodes attached into the "cloud." (OK, so I can be a visionary too!)

Still, I was astounded in the here and now when just down the street, there are copies of the Book of Mormon in languages that I had never heard of! I consider myself an educated man-of-the-world too, even if I have only been to South America and a rather major Island off of Europe. I speak Portuguese and Spanish rather well and can read Italian and struggle through French and German. Oh, and I can sound out the Cyrillic alphabet for Russian - and understand a few words. But I was dumbfounded by the existence of such languages as Waray, Igbo, Aymara, and Amharic (the last I probably should have known about, at least from reading Nibley).

There is a bright future ahead for the spreading of the Gospel of Jesus Christ through the Book of Mormon - another Testament of Jesus Christ. And this works in languages I've never imagined as well as a future I can only guess at. I'm pretty sure, though, that my Grandson is going to be a great missionary in this effort that will fill the whole earth! 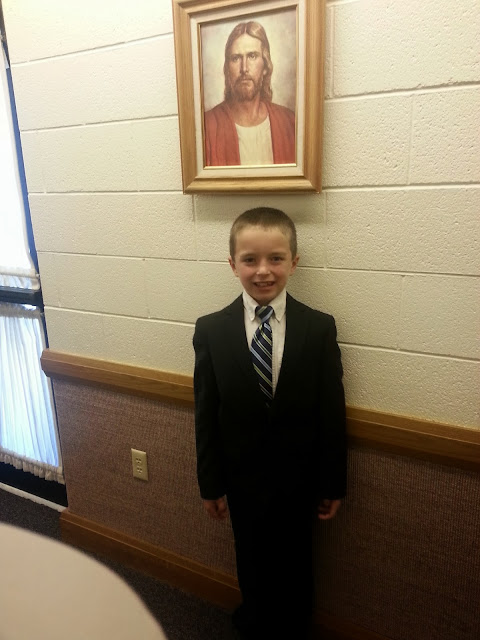