The Library of America and I have a long-term relationship. In its early days, I had a subscription and was collecting and reading great American authors. The editions are beautiful and well edited by experts in literature or history. Thin pages carry a lot in one volume.

In later years, I've purchased an book or two now and then. Recently I ordered what looked like an interesting anthology: 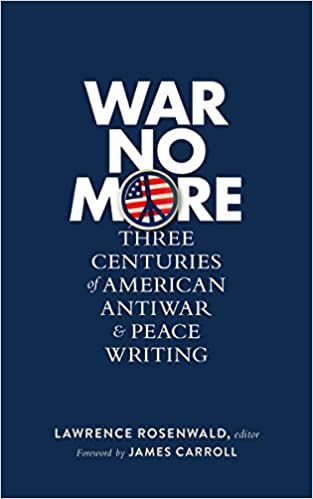 I haven't gotten to it yet. It was still in its plastic wrap when I picked it up to move it somewhere and noticed an interesting name on the back list of authors, Joseph Smith, Jr.!!!

Yes, this book has an excerpt from the Book of Mormon. Its a story known well by Latter-day Saints with the Anti-Nephi-Lehies burying their weapons of war and refusing to take them up again even in self-defense.

Here's part of what the editor says:


Joseph Smith Jr. (1805-1844) left no account of his thoughts about the passage he dictated in 1827. Few antiwar activists know that the Book of Alma in the Book of Mormon contains this astonishing account of collective nonresistance to war; Mormon scholars who have commented on the passage have argued against taking it as a document of pacifism. No doubt they are right, and certainly the Book of Mormon is no pacifist book. But the passage is there, linked in its imagery, if not by direct influence, to such texts as the Iroquois "Tree of the Great Peace" and the African American spiritual "Down by the River-Side."

It is too bad in a way that we don't take it a bit more to heart. After all, just like the People of Ammon, our hands are stained with the blood of many wars and much violence.

Here's a link to the text from the Book of Mormon: Alma, Chapter 24.

Joseph Smith also delivered revelation that said, "....renounce war and proclaim peace...." I still don't think that one leaves much room for interpretation.
at 6:10 PM