Just for the Record on the Turning Point

There hasn't been a lot of political postings from me recently because I've already said what I can about my beliefs and the horrifying failures of this nation to put and keep a racist, TV-star con-man in charge of our country.

Last night was a turning point in that military leaders have spoken out against the brazen and ham-handed Constitutional violation of the right of peaceful assembly just so the con-man could have a photo-op holding up a bible in front of a church.

Nothing else has done it, but this has to be it. We can't wait five more months to election day with pandemic raging and the possibility of a race war followed by a harsh, government crack-down. I'm calling it that trump is done. He may or may not resign. He may flail around in his bunker. But without the backing of the U.S. Military, he is neutered as he should have been many years ago just for for his sexual offenses.

In response to this article from the Washington Post:


"Shame, shame on the U.S. Park Police! You know better! I know you had good legal advice in the past and you could get it now if you listened to the right advisers--those farthest away from trump and Secretary "Coal & Petroleum" Bernhardt!"

And here's the Post on Sec of Defense, Mike Esper, criticizing excessive force.

In response to the Post article on former Sec of Defense, Jim Mattis, I said:

"The Joints Chiefs of Staff have laid down a marker that they uphold the Constitution and will not interfere with peaceful protest! Stay safe out there, People! and video the perps of violence from the left and especially from the right!" 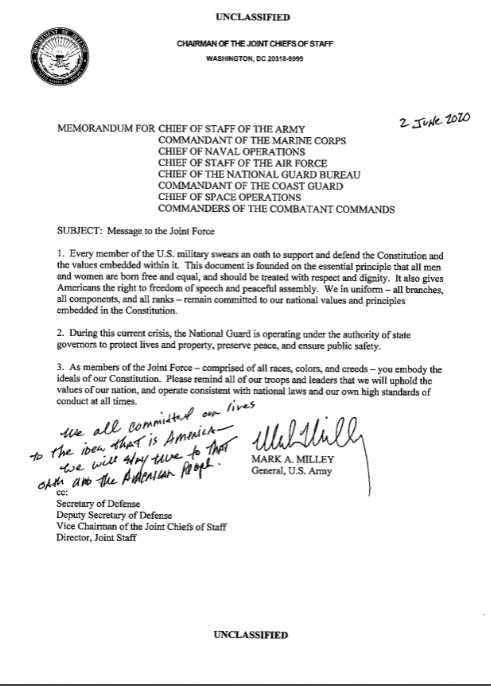 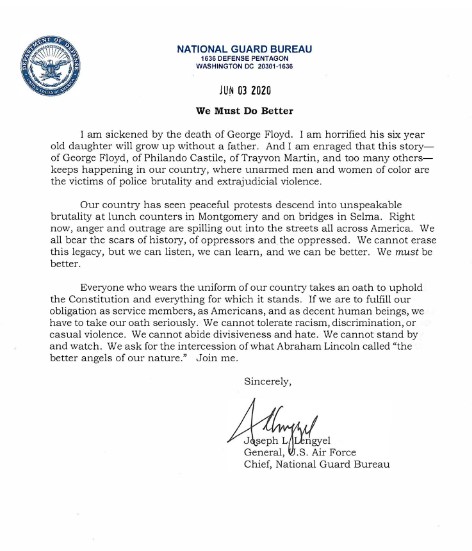