While researching places to visit for my new travel consultant gig, I came across the notorious blue books of the Children's Employment Commission (1840s-1860s) that were presented to the British Parliament at the request of Queen Victoria. The Commission's work was to survey the employment conditions and education of children throughout Great Britain. The brief, first-hand reports are disturbingly fascinating.

Here are the principal ones from the Welsh ironworks in the 1840s. I have visited these locations. They are in are three successive valleys, west to east.  I have a 2nd Great-Grandfather who was at Ebbw Vale while his father was a puddler not long after these reports. I leave them for your contemplation: 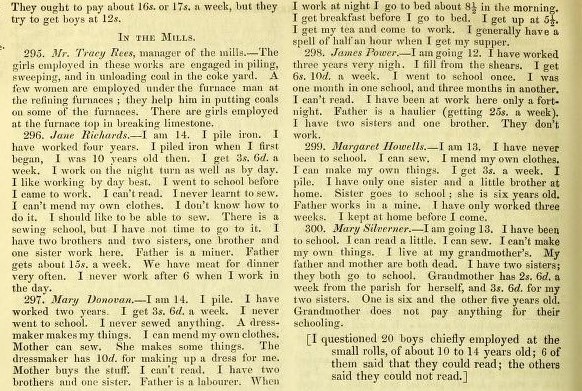 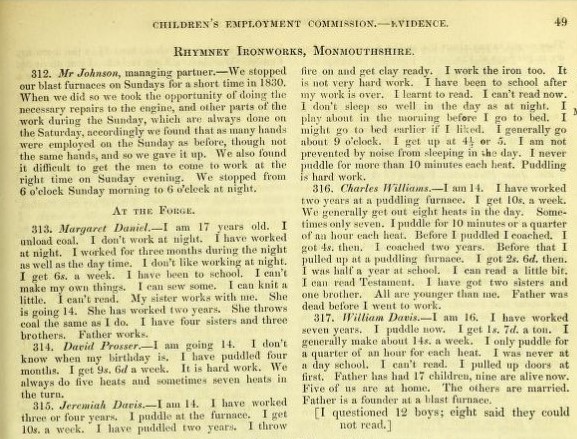 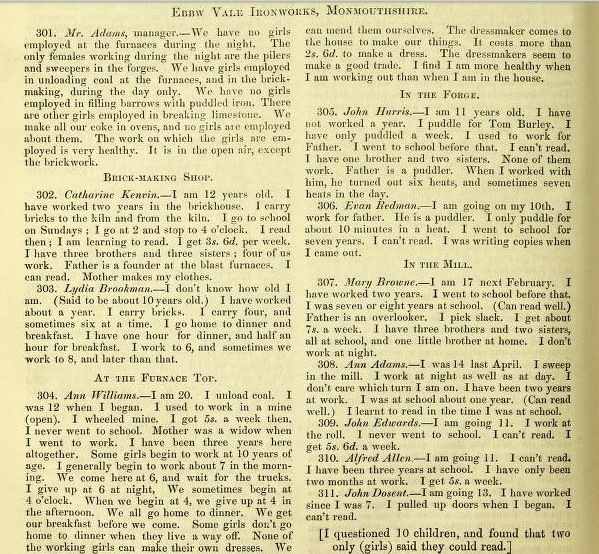