So I've been researching a bunch of ancestral sites for people going on our tour in a couple of weeks. I realized there is still a lot more work to be done for our own people.

Still kicking myself for not going north with my Aunt and Dad's Cousin in 2010, I will try to get there next summer. In the meanwhile, I am tracing Thomas and Isabella Vaughan who joined with the LDS Church in Stockton, County Durham in the early 1880s leaving for America in 1886 and 1887 respectively.

The 1871 Census finds Thomas still in South Wales working in his father's profession as a puddler in the ironworks of Abersychan. His first appearance is his marriage to Isabella Bowman in the Register Office, not a church, in Bishop Auckland, County Durham, England on the Third of August, 1875. They both gave their residence as Blue Row, which I assume was their first home. Sadly, Blue Row no longer exists. I did find an old picture of what it looked like:

By the 1950s, Blue Row was in a horrible condition and torn down to make room for more modern housing. The location is just southwest of where the A689, formerly Church Road, crosses under the still existing railroad, just east of the Bishop Auckland train depot. 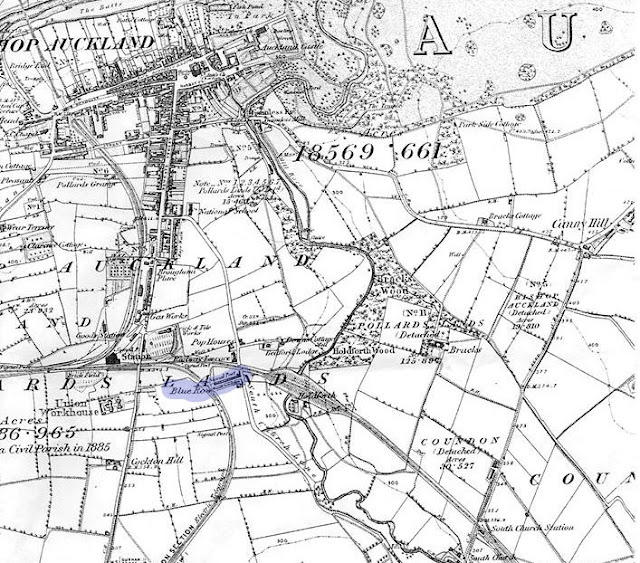 And a modern map with pin at the approximate location:


And we have to jump back to trace Isabella Bowman's history before she married Thomas Vaughan. She was born in Craghead, County Durham, to Hugh and Mary Bowman, on 10 October 1858.

Does anyone have her birth certificate? I wonder if it gives any more details like a house number. I'll have to order one if no one reports in or posts on FamilySearch. The old rows in Craghead still seem to be standing.

There is a statue in Craghead memorializing the coal miners like Isabella's father, Hugh, and her brothers.

In the 1861 Census, Isabella Bowman's parents are living in the Dragonville area on the East side of Durham. There is no street or number given. However, there appear to be a few older rowhouses on Dragon Lane that could have been around that long.

Rows of houses appear on the 1898 Ordnance Survey Map with modern Dragon Lane highlighted in blue. "Dragonville" was then named, "Dragon Villa." 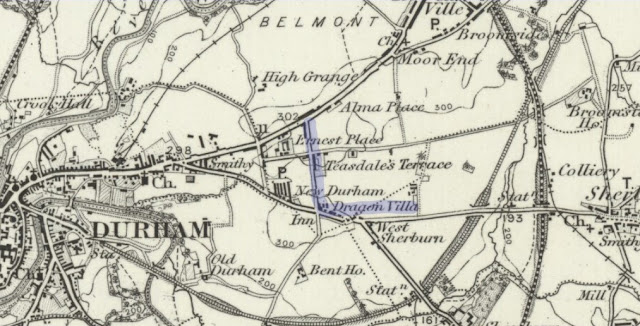 In 1871, Isabella lived with her widow mother as her father had just passed away. The Census finds them in Blue Row, Bishop Auckland, the same place where Thomas and Isabella lived when they were married described above.

By 1881, Isabella's widowed mother, Mary Bowman, was living with a son at Cocken Pit, south of Great Lumley, near Chester-le-Street. The area has been reclaimed into farmland. There are only traces of the former rail lines and mining works on a satellite image of the area.

The surprise was finding Isabella "Van" visiting in her mother's house in the 1881 Census. So far, we have been unable to locate where Thomas may have been for that census.

Most importantly, we have found where the Thomas Vaughan Family lived in 1883 when Stockton LDS Branch records indicate that Thomas was much involved in Priesthood and M.I.A. meetings that were held at his house - with an address: 17 Palmerston Road, Stockton-on-Tees, County Durham, England. The house still appears to exist. This is high on a list of places to visit as soon as I get the chance.

Sadly, King Street in Witton Park and where my Great Grandfather, George Robert Vaughan, was born in 1886, no longer exists. It was torn down as part of urban renewal in old Witton Park. Queen Street is still there. And we do have pictures of what it may have looked like back when Thomas and Isabella lived there before they left for the United States. 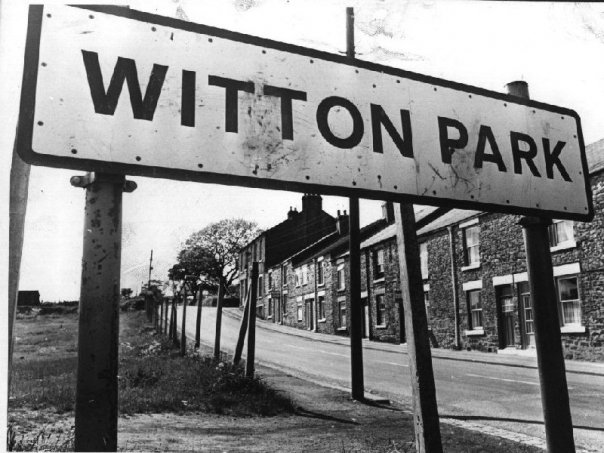 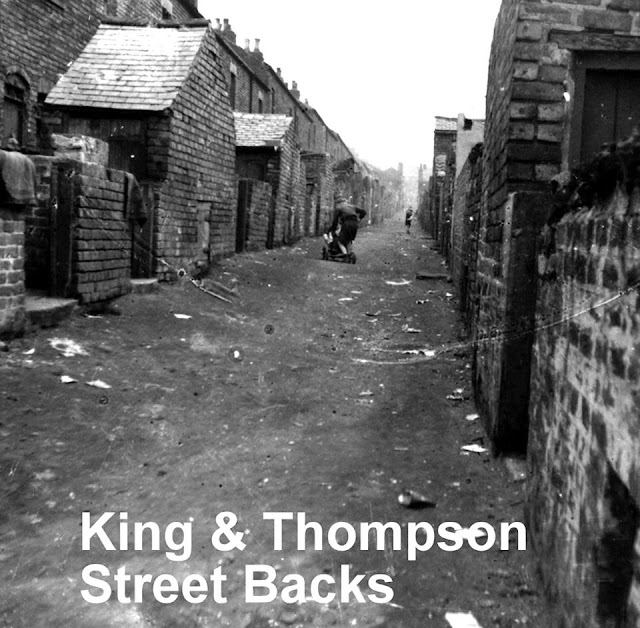 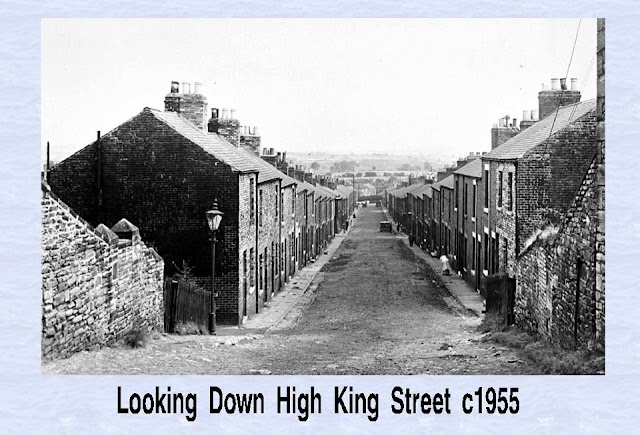