The Grandma With No Name and the Disappearing Grandpa

Oh, yes! The digital world has so many things to reveal! Spurred from a hint from a fellow Keepa contributor to go to Utah State Archives on another matter, I was reminded that they already have a lot online. I was skimming Governor Cummings (1858-1861)'s files which maybe I will write up someday as "Bureaucracy Comes to Utah!" The U.S. Treasury Department seemed awfully concerned about the price of nails for the Territorial Penitentiary. I still haven't found that legendary list of the dissident Mormons for whom the Governor pledged protection to get them out of the State Territory. He did report in that the territorial library and court documents seemed to be all intact contrary to rumor.

But what was really fun was running into my grandparents' birth certificates on-line! Well, that is all but one that seems to be missing - no surprise there for Grandpa George. While not uncommon, I was surprised to see that the certificate for my dad's mother in 1910 had no given name until it was amended  -- in 1973! Also, an alternate spelling appears for my maternal grandmother, "Lavon" along with "Lavaun" that she went with throughout her life.

I won't share the birth certificates here as I already put them on Family Search/Family Tree, and I wouldn't want to invite any identity theft (the crooks would have to be really, really old to pass it off, though). But I will share the page from the Ogden Standard that is the best evidence we have right now for dating Grandpa Vaughn's birth: 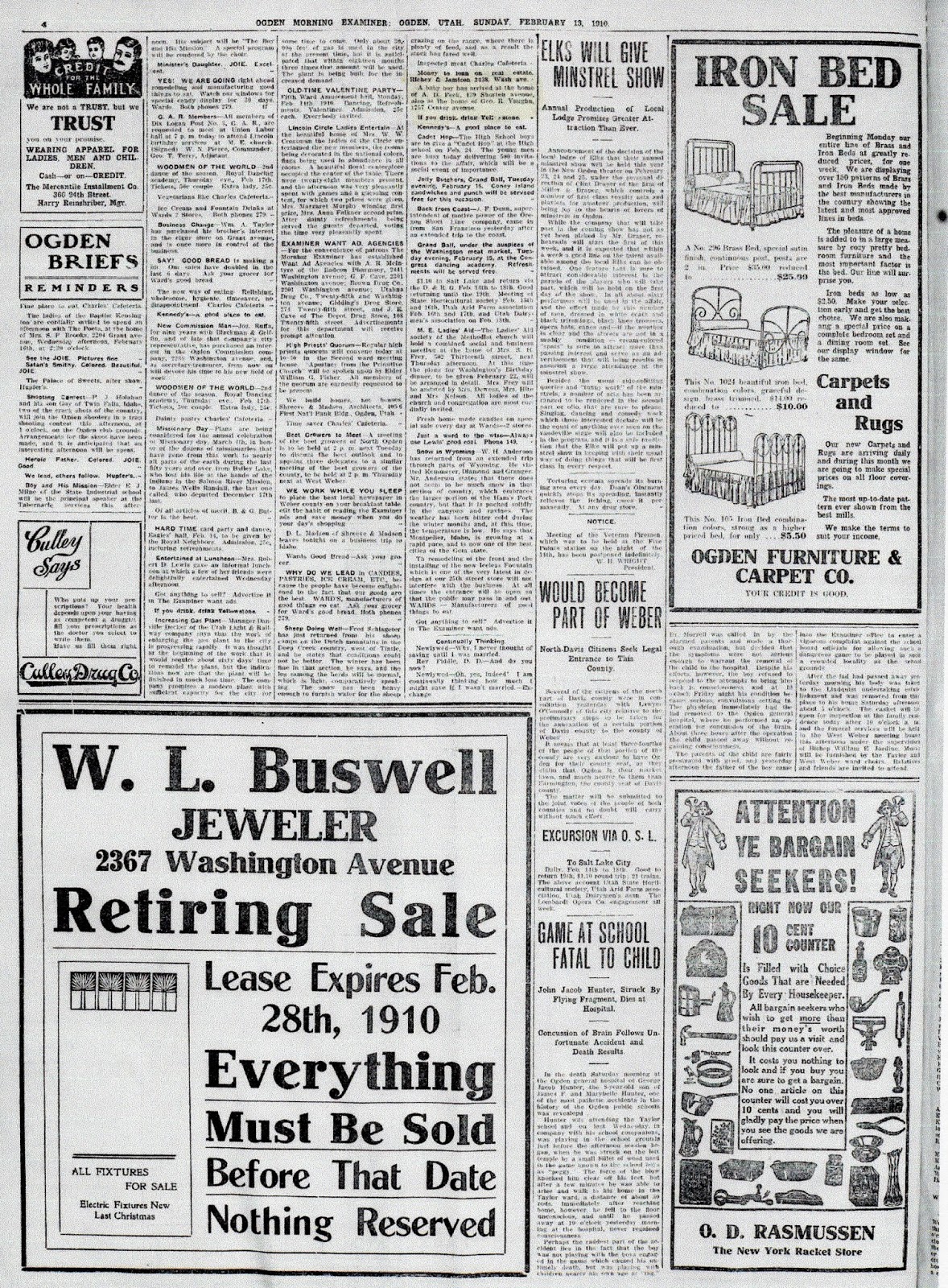 There it is up there, fourth column, near the top. Maybe it helps if I zoom in a bit:

That way we can kind of forget what the Elks are doing too.