Not Just the Lioness Protects her Young 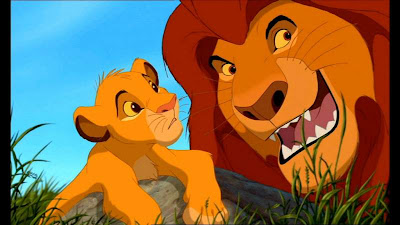 It is usually our kids' mom who goes to bat for them. But as I had a vested interest from taking many hours of vacation leave to drive my boy and three others down to Caleb Chapman's music program in Utah County, I got into the fray this time. And all it took was a growl.

It wasn't always a sacrifice. I like those kids. One of them is a retro-hippie kid and we love talking politics and economic theory. He thinks I'm cool. I like spending the time with my boy too, even if he has asked me not to sing along with my iPod.

Caleb Chapman Music just took some of the groups to play in Carnegie Hall! How do you get to Carnegie Hall? Practice, practice . . . well, you know. Just pray your kid isn't practicing the drums like ours is. My boy is only a Sophomore and did not go to NYC with the advanced groups. But it's still pretty great that he successfully auditioned into the program. The group he does play in, "Hooligan's" - a New Orleans style Jazz combo, has won a national award from Downbeat Magazine (June edition out already, but not online so I ordered one.)

The problem came that because of the trip to New York, Caleb wasn't able to do much ahead of time to set up for his end-of-year awards program. It ended up scheduled for the same night as our final High School Band concert including the Jazz Band with four members of Caleb Chapman Music - all of whom either went to New York or won the Downbeat award. Caleb requires his musicians to be in their local school music programs and usually there is away to work around scheduling conflicts. Not this time.

My boy begged us not to make a big deal. Another boy's mom was already after our local band leader to change his program so our kids could go to Provo tonight and receive their awards. High School Band counting for a grade as well as respected by Caleb's program won out even with the several email exchanges from the other kid's mom (our bishop's wife) and me to our Band Teacher. We were polite but forceful and had no choice but to give in at the end.

So we went to the concert tonight and it was very good. It would have only been fair to good without the four who perform with Caleb. I was expecting the band teacher to at least acknowledge the accomplishments of the four, but we got through the whole jazz program without a word of that.

While they were changing over to concert band, I took a restroom break and then a little stirred up went backstage to see if I could nab the teacher's attention and have just a "word." I just missed him and he saw me but didn't come back again. My soon-to-be son-in-law, a former band student from this school, appeared beside me. I asked if he had come to keep me from punching the band teacher. He said he had come on his own and would go right out there on stage if he had to (and he's usually such a nice, quiet boy!). My retro-hippie buddy was there at the back with the percussion section. I had another kid, one of my former Scouts grab him, and asked if he could get the teacher's attention to come over for a "word" telling him they should have gotten some acknowledgement. He said he would but as we watched the hustle of setting up the band, I decided not to interfere or cause a public incident out on stage. So, we went back to our seats as I was composing in my head the email I was going to send him about his "bad form."

Well, before he started, and proving he had seen me to prod his conscience (I don't think he was really scared of me, but he does know the lioness I married) he started out by giving recognition to the four young men in the Caleb Chapman program. It was enough. This Lion sleeps tonight.

Here's a review of the performance at Carnegie Hall

And the certificate my son received: 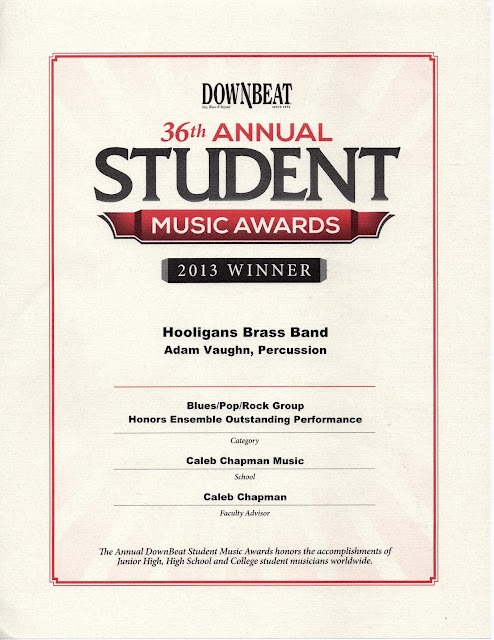 Email ThisBlogThis!Share to TwitterShare to FacebookShare to Pinterest
Labels: children