It really was a blessed day. Imagine what at week of Spring does to the Merthyr Tydfil Stake Center.

Church was great. They were on a theme of Palm Sunday. The Bishop announced the annual sing-fest with the Dowlais Men's Choir on Good Friday. Whoa! My plans changed so I could be there.

After church, I had a sandwich and some snacks with me. I wanted to find the remnants of the old iron forges that were supposed to be just below the chapel. I found them right behind the chapel!

I was walking along the huge remains of the furnaces when a local man came walking by. Maybe my camera gave me away as a tourist but he started explaining the tragedy of the ruins and how men had died there. "They aren't doing anything to preserve it as a monument. They gave all the money to Blaenavon, they did." I mentioned that I'd been to Blaenavon and I had ancestors who worked there. I certainly sympathized with his views of blood-soaked, capitalist exploitation. He mentioned the Iron Master Crawshay's tomb at neighboring Vaynor with a huge stone slab over his remains so they would not be disturbed by angry mobs with "God Forgive Me" inscribed.

Rather than go see that, I wanted to go back to downtown Merthyr when it was not having a blizzard so I could see where the red flag was raised in the Rising of 1831.

It wasn't hard. I found some easy, free parking. And I was right on Dic Penderyn Square honoring the Rising. Richard Lewis was his real name but because so many in the Rising were named Lewis (including Lewis Lewis) he went by his nickname derived from his hometown. Dic Penderyn was the scapegoat of the affair and he was hanged at Cardiff. His funeral procession of working men and women was over a mile long.

And this wonderful square is highlighted by the iron heart of Merthyr. 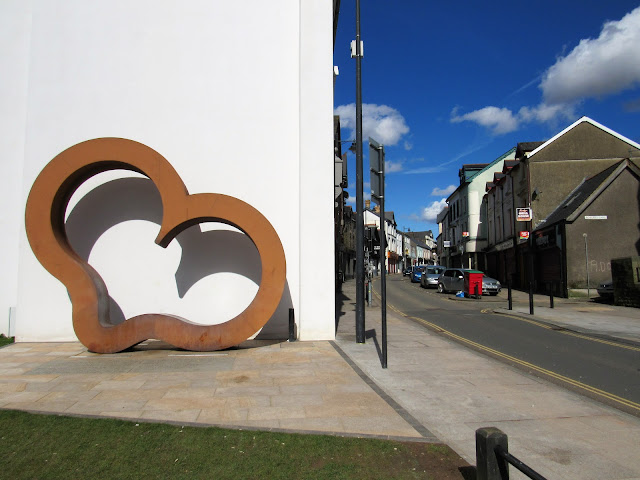 What's really weird is that the hotel in which I sought shelter from the storm the week before is just a couple of blocks down the street.

And weirder still, my next task was to find the places where Mormon meetings were held in the 1840s and 50s, one was in Cymreigyddion [Welsh Men's] Hall in the White Lion Inn, 14 Castle Street, which is no longer in existence, but was across the street from my Castle Hotel.

Another Mormon Meeting House was at the former Railway in just below Merthyr Tydfil's Parish Church that I had also visited just after the blizzard. Maybe it's because Merthyr just isn't that big, but I had been to both places before and didn't know it.

Back to Talgarth over the Brecon Beacons, the road was nearly clogged with Sunday mountain hikers. I went back to have a Sunday afternoon nap to catch up on the hour I had lost with another change to daylight savings time, now at GMT plus one!


Waking from my rest, I noticed there was an advantage to the time change in that the sun was still up on a sunny day in Wales. A rarity indeed!

One item on my list was to take some time for a walk in the mountains or woods. The mountains hadn't completely cleared from snow so I opted for the woods.

I walked out and up through the town, more of a village, of Talgarth and on up and up until I came to a trailhead at the Pwll-y-wrach Nature Reserve. I wanted to see the waterfall at the Witch's Pool. 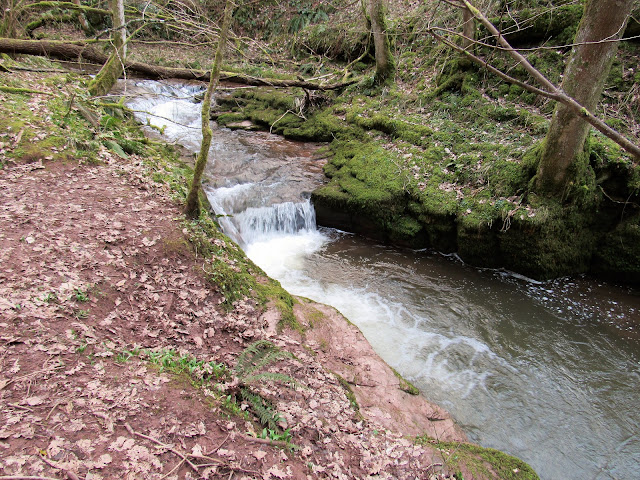 It looked like a fairly deep pool and a place full of magic, so I heeded Galadriel's advice, "Do not touch the water!" and I kept on.

My very good walking shoes are not the best mud shoes. But I kept on very carefully not to slip. 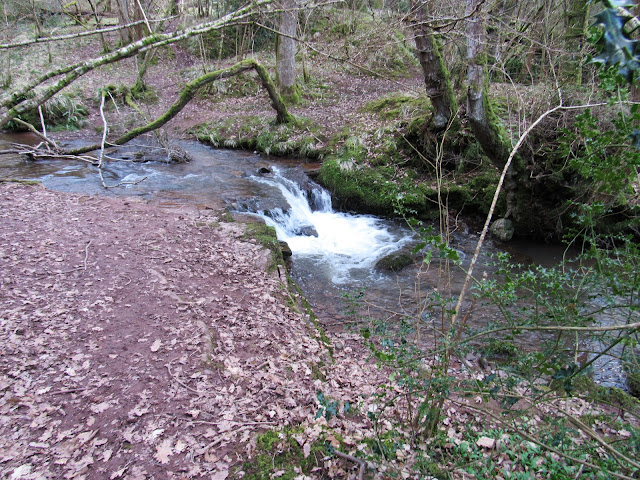 At any moment, I expected to see Goldberry, River's Daughter, or Tom Bombadil come singing rhymes down the trail.

I knew I had arrived back home to a place I must have been before at least in dreams. 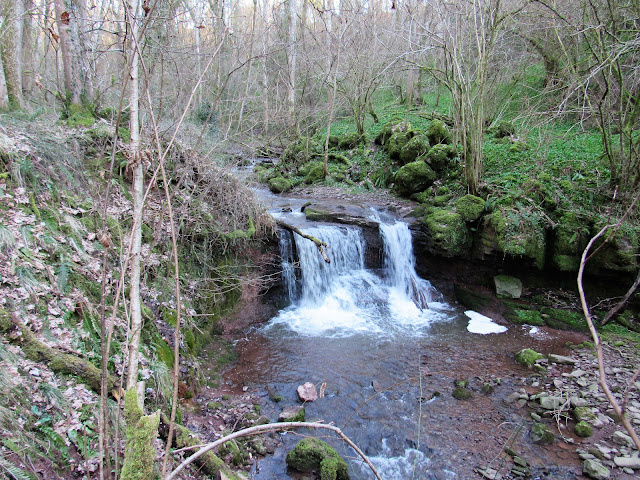 There is magic here. They say it is called "Witch's Pool" because it was supposedly used for witch-dunking in the cruel days. It is too beautiful for cruelty. I'm going with Glinda who was a good witch and beautiful. This was a place where good witches met to recharge their earth powers. It worked for me.

Still, I did not touch the water.