Closing in on Elinor Vaughan's Grave

My wife graciously agreed to take an extra day home from Disneyland and by the long way so that I could visit Jacks Valley, Nevada, again. I tried a number for the Ascuaga Cattle Co. but they said it was the casino that had been sold by Mr. Ascuaga. I started calling US Forest Service offices to see if they had a contact at the Ascuaga Ranch. They passed me to several numbers where I left messages but got nowhere. I called the Curator at the Douglas County Historical Society with whom I had previously corresponded. She suggested that I just try going up to the ranch and explain myself politely to ask for access to the old cemetery.

It worked. The Ranch Manager came out and after I rattled off apologies and numerous names and dates belonging to my family and the history of Jacks Valley, he gave me Mr. Ascuaga's phone number and said that on his authority, we could go up to the old Winters Family cemetery. He said Mr. Ascuaga would be happy to allow us and to talk with me.

We went down the road and parked as directed, then walked up the hill on the wrong side of the fence. Finding a gate, I slipped through then pulled the gate post hard until I could slip the wire loop back over after my wife got through.

It was as beautiful as imagined. In the early evening the light was soft and the view was clear down over Jacks Valley to the larger Carson Valley. Snow was on the highest peaks of the Sierra.

It is a relatively unknown, Mormon pioneer cemetery, or of pioneers who were Mormons as they seem to have left the Church or the Church left them when the call came in 1857 to return to the other side of the Great Basin facing a threat from the U.S. Army. These did not go. 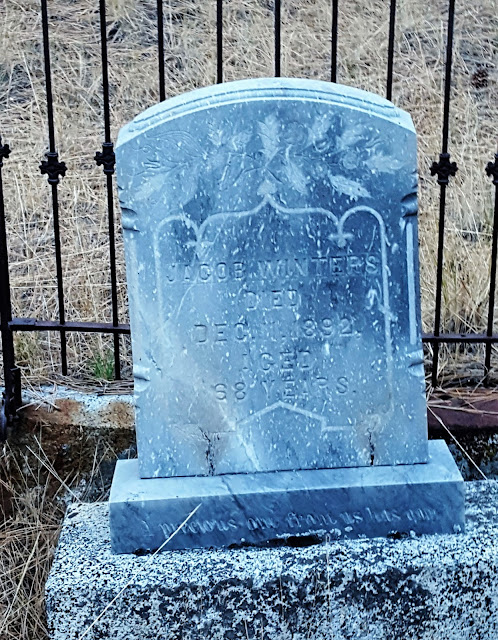 Jacob Winters was in the Mormon Battalion. And there he lies, in Jacks Valley, Nevada.

Another monument caught my attention: 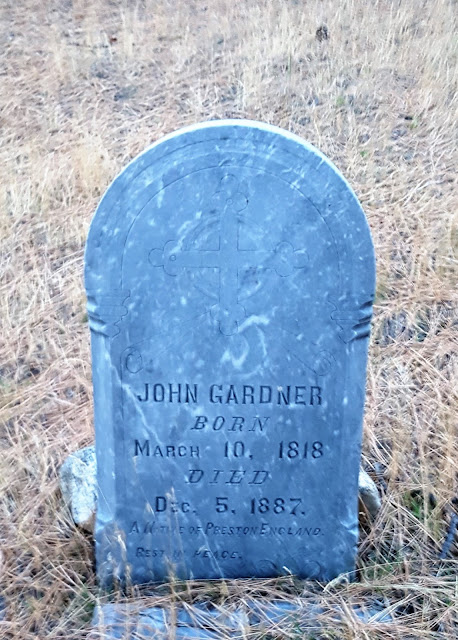 "A Native of Preston, England." There seems to be a match in FamilyTree.org but without much additional information. Preston, England. That is a likely Mormon connection or an extraordinary coincidence.

And I found no trace of anyone named Johns or Vaughan or Lewis or Hulet. There is one broken monument with no name apparent. There are several locations within the fenced area of the cemetery that could be unmarked graves. Most of the monuments are dated in the 1880s and 1890s with a few on into the early 20th Century.

The 1890 funeral notice for Jane [Jeanette] Johns states that it:


Will take place from the family residence in Jacks Valley, on Sunday, March 16, at 2 o'clock p.m. Friends and acquaintances are invited to attend.

The distance from the site of the Johns home to the Winters Family cemetery is not an impossible walk, but seems a bit much for a Sunday stroll. The funeral notice for Jane's second husband, Bendigo Johns, later that same year uses the same language.

My Cousin-collaborator and I have always believed that if we found Jane, we would find her mother, Elinor.

The notes we have from Jane's granddaughter, Fern Johns, indicate that the graves are at the "top of the ranch." "Top" could mean "North." It could also mean the higher ground against the Sierras. The walk to the edge of the forest on the mountain from the Johns Ranch home is almost as far as it is to the Winters cemetery.

All this was in my head with the thought that the burials had to be closer to the Johns home.

After spending the night last Saturday in Minden, Nevada in the Carson Valley, we left early for another drive up Jacks Valley. It was a beautiful morning. 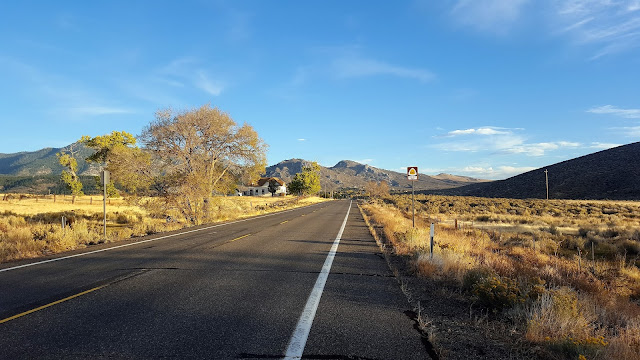 There is a ridge to the East of the ranch house on the Washoe lands. We pulled over across from the house and as I looked to the right, the sun hit the peak of the high ridge and the lower ridge below. They both glowed.

I asked my wife, "what are those posts up there?"

"They must be some kind of gate."

I took this picture zooming in as far as I could: 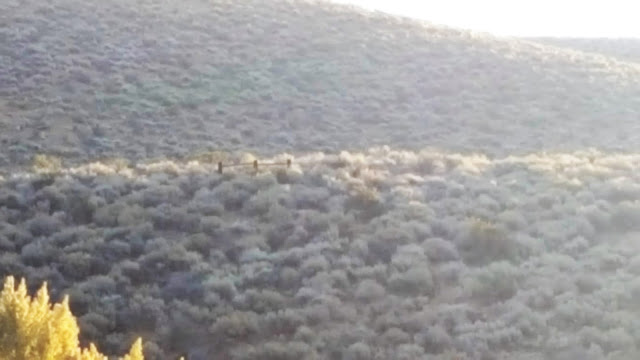 "There is no road up there." I added. I knew that from looking at Google satellite images. Like this one: 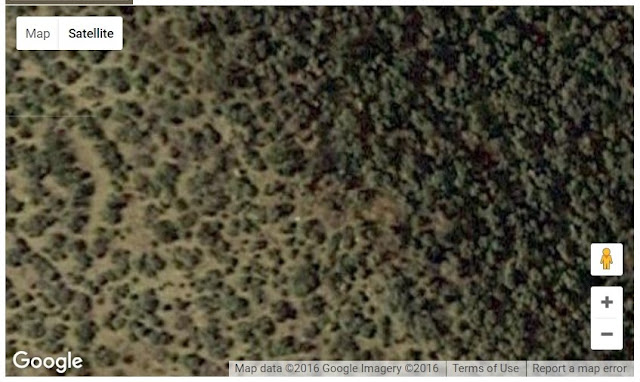 The ridge line is diagonal left to right. There is no indication of any posts, gates, or fences. In the center, there is a white square. It is somewhat like the way the monuments show up at the Winters Cemetery on the other side of the Valley: 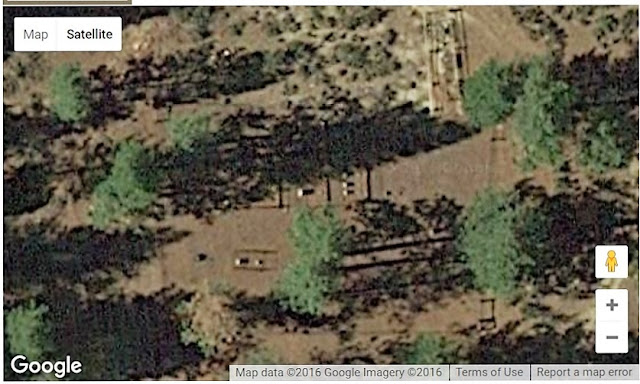 It is distinctly different from the white images that appear to be part of a dump surrounded by used tires some distance to the west of the ranch house: 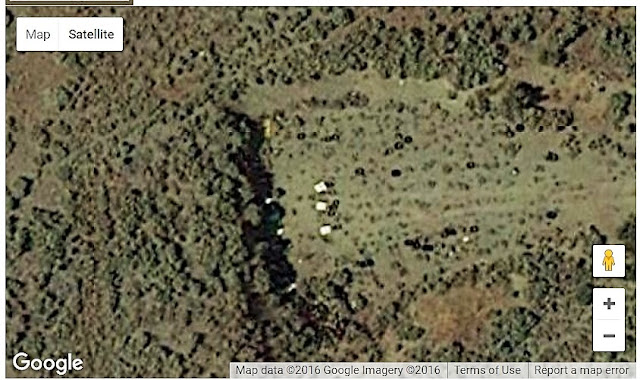 That is no burial site.

It is not clear what is up on top of that small hill and I did not go up which would have been a trespass on the Washoe lands. I will be writing to the Washoe Tribe to inquire about the posts and to ask for permission to visit that small ridge top when I next have a chance to visit Jacks Valley.

It looks like a place where a pioneer would be laid to rest.
at 10:32 PM