The Genetic Leap and Spiritual Ties that Love Binds

My wife says that babies come cute so that we'll love and care for them. Teenagers become obnoxious so we're glad to get rid of them when they leave to go out into the world. Everybody loves or should love a baby. Honorable hearts break when babies are mistreated and unloved.

My share of baby-sitting comes this weekend as I'm no shopper so I stay behind with any number of young ones. This year, it's my two, beautiful granddaughters. 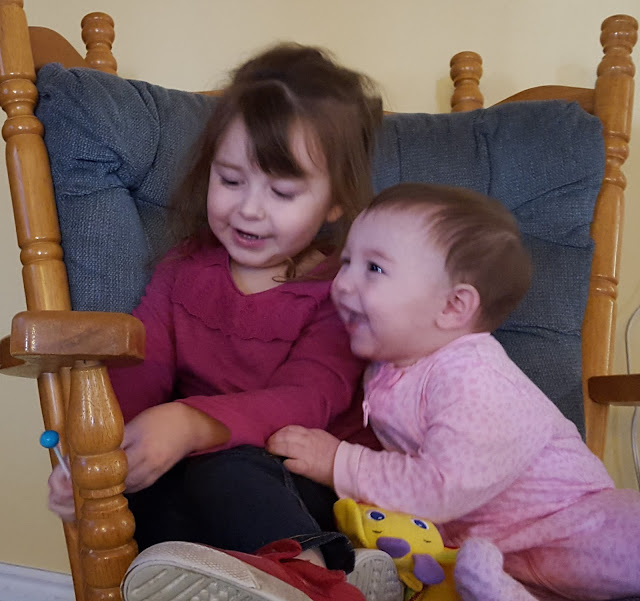 The oddest thing was that the younger of my granddaughters seemed so familiar. I knew I had seen that face before. Genetics are weird in that particular traits can pop up in the genetic scramble that makes us who we are physically. And there's something even stranger in the spiritual genetics that can't be defined by science, at least not yet, and seem so real if only by those intangibles of love and feeling that cannot be denied even if not counted and measured.
As soon as we got home with them from the airport I had to check out a picture I had of my paternal grandmother when she was about one year old.


There was such a strong resemblance. And maybe because I had noticed it, there was also such a strong emotional spiritual bond that had something to do with my grandmother. The dark hair, dark eyes, and unconditional love were strong with this one.

It is a blessing to be the oldest grandchild on my paternal side. I knew the generations and I knew my grandmother and her parents. My grandmother expressed later in life that she had felt I was a kindred spirit when she took me and my brother to a library one time we were staying with her.

The connection may have even been stronger because early in my life, my paternal grandmother faced for a short time at least, the possibility that she would have to raise me and my younger brother because of an illness of my mother. That didn't happen.

Just recently a dear aunt sent me a message after reading a family history blog post of mine. She said that my grandmother would be proud of my work any my interests in history and reading. That was another connection reinforcing the bonds with my Grandma who has left us.

And how far away are the intangibles of love and spirit when I hold in my arms a granddaughter who looks so much like my grandmother did when young? That's a five-generation spread with me in the middle. I can't explain all the things I feel. And the pictures don't do it justice: