Williams has appeared in the blog before (here and here) which is one reason why I picked up this book in Cardiff. And I'm pleased to find that it's still in print and even available in the US at Amazon Prime. 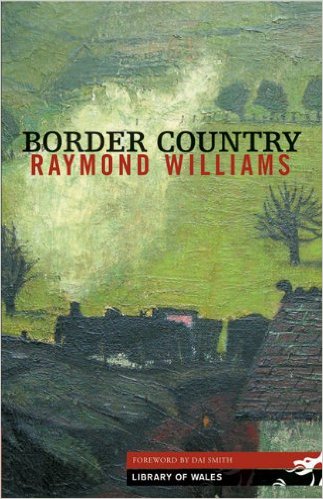 Telling you it is about a University professor who returns home after his father has a heart attack as we flash back to his growing-up years does not do it justice. The book is a deep psychological and social analysis of relationships in a family and the extended family of a small, Welsh village near the border with England and the edge of the modern world.

The General Strike of 1926 comes into it as an historical and social turning point. Some of it's depth is better expressed by an excerpt. The boy, known as Will at home and Matthew, his birth-certificate name, professionally is sent to visit the Vicar to prepare him to leave for University. The Vicar and he discuss religion. The Vicar begins:


"The members of the chapel are all good people, very good people, and there are far, far more of them, I'm afraid, than ever come to my services. But then, when I look at what the chapels do, I understand this. The chapels are for people to meet, and to talk to each other or sing together. Around them, as you know, moves almost the whole life of the village."

"The chapels are social organizations, Matthew. The church here is not. I don't mean that their religions professions are insincere, but they could equally, it seems to me, be professions in almost anything - any other system of belief, for instance. What matters, what holds them together, is what their members do, through them, for each other. God, you might say, is their formula for being neighbourly."

"Being neighbours is right, though."

"Yes, it's right. That's why they're so successful. But here, for instance, what can I offer of the same kind? Almost everything I've tried to do in the village - less than I should have done - has broken down on that. They're the real local organization, you see. I'm just a sort of an outpost."

"There are ways of thinking," Pugh said, "ways that have no roots here, but are nevertheless alive. Religion, I would say, is one of them."

Will hesitated, looking across at this sad, awkward man with something of the excitement of when he had first, from the tower, been shown the figure of Orion.

"You wouldn't want to say that to them, sir. That they haven't got any religion."

"But they have, you see. In their own terms. And they are good people. The thing is, can you expect people to have religion? It always surprises me."

"Because it really is a very rare thing to know God. Can we expect it to be otherwise? But its an easy thing to go with your parents to chapel, and to grow up in that. Knowing the things you say when you are there; learning, there and elsewhere, your duties as a person. With that as religion, they are of course religious. But to know God, to know what we mean when we say we know God: that on the whole is almost incredible." Id. at 216-17.

That is powerful deep, it is.

Williams was a Socialist, as many good people in Britain are. His concept of Socialism is not authoritarian from the top down, but from the people up, which is the true ideal. He sees that functioning in the Protestant Chapels rather than the establish Church in Wales (otherwise known as Anglican).

He also realistically faces the failure of institutions, even Unions. But deep thoughts on Religion and Social Systems are only a sidebar to the very complex relationship between a man and his father. It is generally positive and can't be described. For that reason, I encourage giving the book a good read as I probably will again.

For now, I leave you with my own, recent photo of "Border Country."