My boy went from one amazing corporate culture to another. It was great to visit Disney, and of course, its "land." Yesterday we had the opportunity to see a new, wonderful world of color, mostly green, but stunningly beautiful.

Our son invited us to meet him for lunch at the Nike Campus where he now does statistical marketing analysis having been lured away from Disney with a better job, easier commute, and the temperate Pacific Northwest.

The cafeteria was most interesting. Busy with bright, mostly young, athletic types; all dressed in various Nike designs and team logos - brightly colored shoes with swooshes. There was a cultural mix of Asians, African-Americans, Anglos, and I noticed there were many women. They were all very friendly and polite. They seemed to be talking shop as they ate their varied forms of salad fixings or other nutritious fare. It was impossible to eat unhealthily there. I managed a roast beef and spinach wrap as the most daring choice. No fried foods! 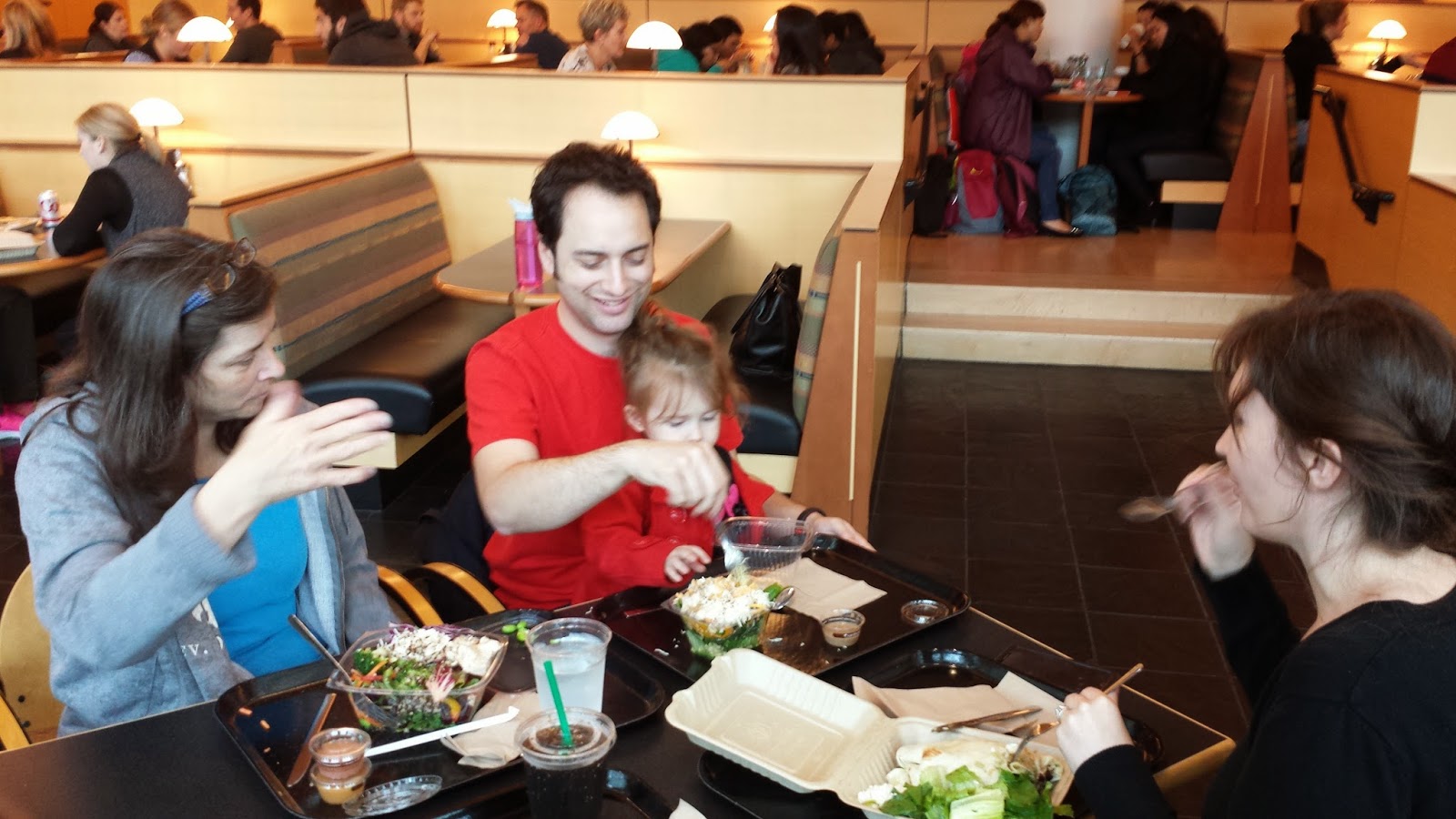 After eating, there were about a half-dozen or so different recycling bins: glass, plastics, mulchables, mixed recyclables, and a few more I can't remember. My wife and I stood there rather befuddled. My boy said it's OK because they still sort the bins later.

Today, we went to the Nike outlet store with my son's employee discount. We got some great stuff including new running shoes for me, maybe to get me remotivated (just do it!). And, I got some nearly all brown cross-trainers that I think will work, and be comfortable for, work. It seems it bit more stylish than wearing Disney advertising. Nike employees wear the brand at work and pretty much everywhere.

The store is in Northeast Portland advertising its social value to the community. The store was great. It supported its own culture at least as much as the neighborhood. Inside was super fab! 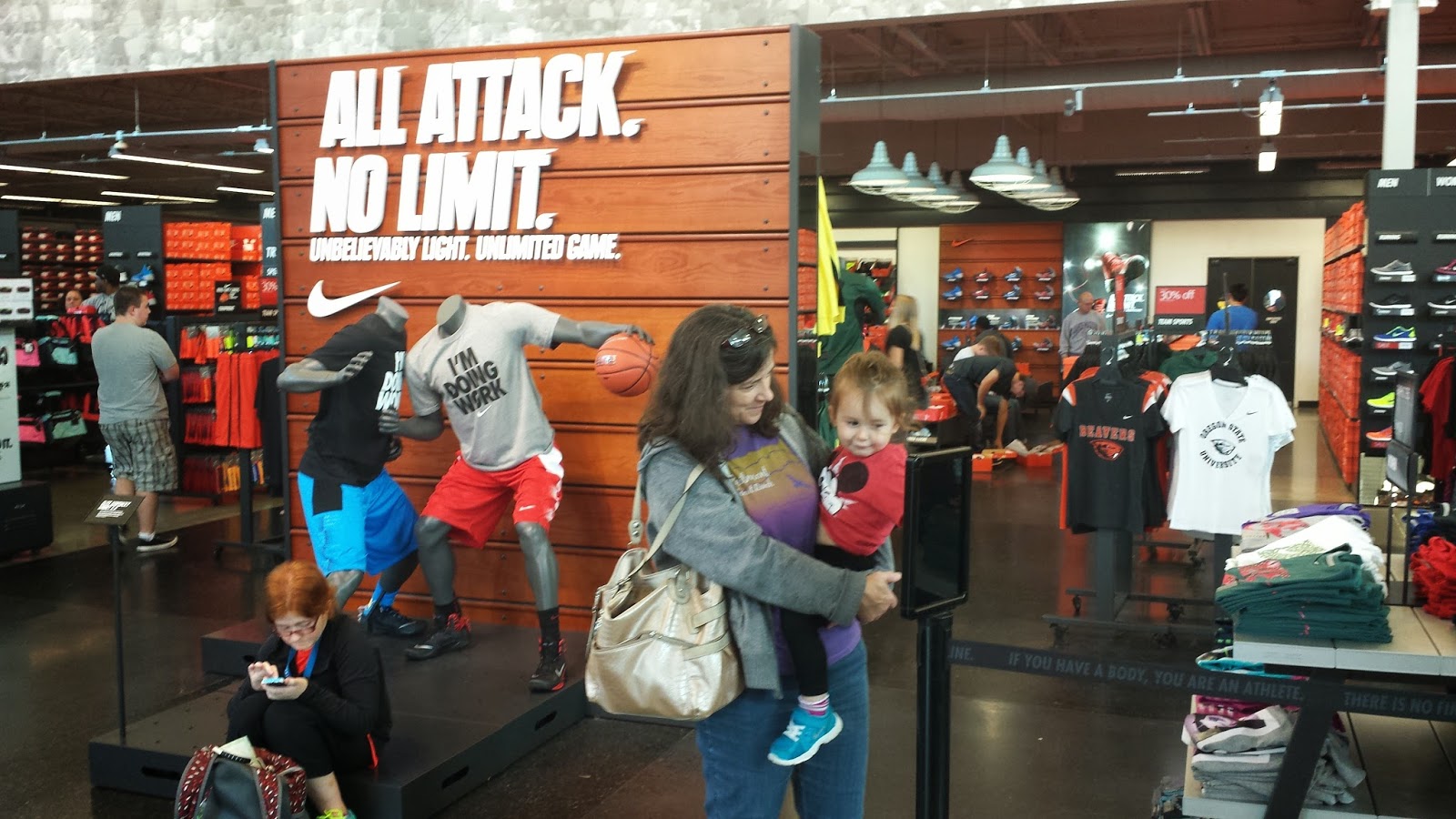 A friend who is a Cultural Historian noted on my Facebook posting how interesting it is that they call the corporate offices a "campus." It certainly was set up that way. She wondered about studies done on modern corporate culture. I suppose there are some. It reminded me of my open concept high school if it had only been more orange. And it did seem to fit the style that was going through the Pacific Northwest in the early 1970s. All I can conclude is that it looks like a great place to work! It certainly beats the federal government.

Yet it was the federal government that just awarded my son his first patent! It was for a system he developed at his first post-masters employment in Reston, Virginia. The government sometimes is good for something.
at 7:07 PM