This is great! The House just passed a clean authorization to allow the US Treasury to keep paying its bills! Yes, it's an increase of the rather arbitrary debt limit. But as our money only has the value of our robust economy under the full faith and credit of the United States, it's generally best, IMO, to keep that faith even with credit.

Speaker of the House, John "Are-you-kidding-me?" Boehner, is fast becoming a hero of mine. No longer beholden to the tea-party minority of his majority (which in no way represents the will of the People), he passed the authorization with very few Republican votes relying on the Democrats instead. Some said he was whistling "Zip-ah-dee-do-dah" today. Roll Call reports that after a brief conference last night in front of befuddled Republicans, he walked back to the podium and said, "You're not even going to clap for me getting this monkey off of our backs?" 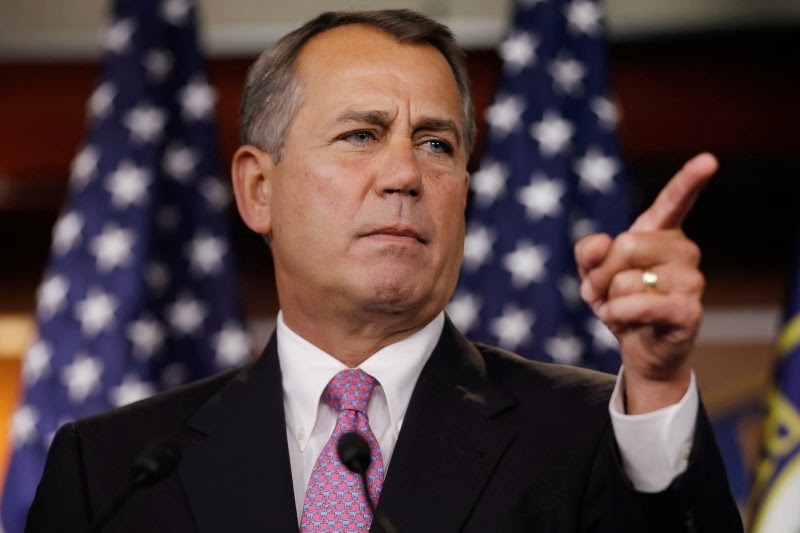 Some interpreted the monkey as the debt limit authorization. I think he just might have been referring to the House tea-party caucus led by Senator Ted Cruz of Texas.

Oh, and by the way, Senior Republican Senators will not let Ted Cruz hold it up over there even if he is joined by other junior senators like our very own little guy from Utah, mike lee!

Way to go, Speaker Boehner! And good luck with that Speakership!
at 7:04 PM