The best news is that Ted Cruz is now mathematically prohibited from winning the Republican nomination on the first ballot.

It is still most likely that Donald Trump will win on the first ballot. [see Princeton Election Consortium]

And, Hillary Clinton has about a 95% chance of winning her nomination by the Convention [Id.]

There is no way I would do anything to risk Donald Trump becoming President of the United States. 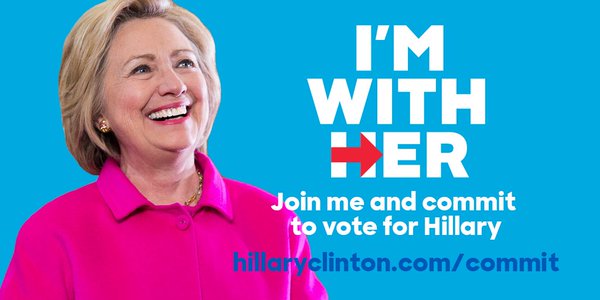 And I ordered my Hillary buttons for my collection today.
at 7:00 AM