Magnets and Fevered End-Time Dreams of the Extreme Right Wing 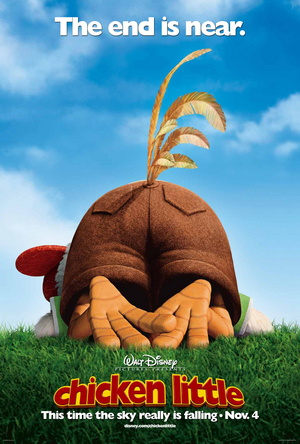 First of all, both Anonymous D and I believe in some things that others find absolutely foolish. Our spiritual life experiences are unique to each of us even if we do have some common ground and understanding. There may be a follow-up post on some spiritual epistemology and religious oneness that we have been discussing. For now, I wish to draw attention to a matter that has fascinated us both and upon which we do not call "fraud" but urge extreme caution and a strong dose of common sense.

We've been nearly obsessed with the recent end-times prophecies of an LDS woman, Julie Rowe, who claims a near-death-experience vision and has been writing books and giving seminars. The upcoming blood moon this weekend figures into it as does some really weird right-wing fears of UN troops coming to America to help restore order after major disasters (beginning next week) because our troops will be over-extended overseas. The UN, of course, will send troops from North Korea, Russia, and probably Iran because the Canadians and Mexicans, even the Brits, are somehow too busy. And, of course, it almost writes itself that the UN Troops will turn on us true Americans and we will have to go hide in the hills in tent "cities of light."

I'll confess that I've only read summaries of her dreams. Anonymous D couldn't resist the $1.99 downloads from Amazon and read a bunch of it. He described it as rather predictable and very juvenile characterizations of scripture stories and heroes along with a very strong dose of the "fever dreams" of the right-wingers who fear nearly everything as a sign of evil and the end times. She is careful to keep the LDS leaders in her respect and has General Conference prominently displayed in her upcoming schedule of seminars.

By the way, a great debunking can by found at Mormon Iconoclast. But we went a little further to look into her background. And, we admit we indulged in a bit of humor as we discovered that not only is she a spiritual prognosticator of imminent end times, but she is a certified practitioner of Emotion Code Therapy. What is Emotion Code? It is basically the idea that rubbing magnets on your head can release all the negative repressed thoughts in your subconscious to heal whatever ails you.

Now, I'm not a magnetic scientist or scientist of magnets or whatever, but let me first link to the series of magnets you can buy for this practice if you don't want to put out several hundred dollars for a seminar and I don't know what the practitioners charge. Oh, and they say you can pretty much get the same effect from fridge magnets. So there is that.

As for the legitimacy, I need say no more that what the good Chiropractic Doctor Bradley Nelson says in the caveats about his system. Note, both the health disclaimers and the financial: 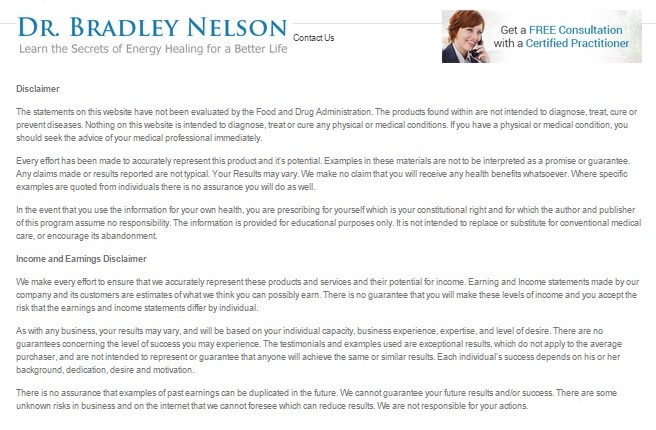 Next, we wanted to find a direct link between Preppers and the Emotion Code magnet business. That wasn't too hard. Anonymous D found it in one of Julie Rowe's e-books. From D quoting Sister Rowe:


"...it was explained to me that part of the work I was to be involved in was helping to open and heal the hearts of God's children...I was shown an example of one modality the Lord has provided for us to help heal." She is shown a man in a dream who will help her who has "been given a sacred calling and that in part his mission included helping God's children open and heal their hearts."    Then another five nights of dreaming and she finds Dr. Bradley Nelson it's right there in his book and yes, he's a Mormon.

I found my own link in a Facebook group of Preppers from Utah Valley: 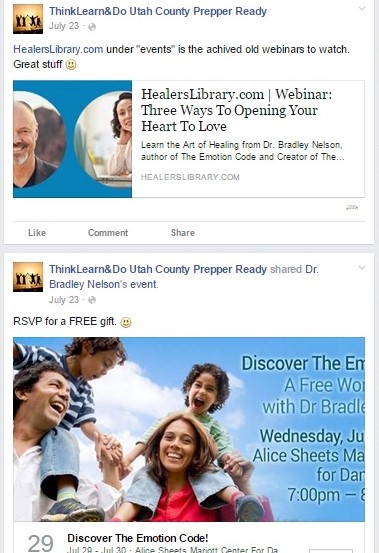 Now, we think that all you have to do is read Dr. Nelson's disclaimers to figure this out. We're not calling any frauds here; just read the disclaimers.

And we're not saying being prepared for an emergency is a bad idea. We have our 72-hour kits and rotate our food storage with emphasis (without much fanaticism) on home storage and production.

I even like the idea of essential oils because at least they smell nice and nice-smelling things can make you feel happy (I'm not sure about the more extravagant healing claims). As D says, at least you get something that smells good for your money.

And D and I did get a little carried away (with some significant hilarity) looking at Prepper websites with article headlines such as:

Being Prepared to Live in Your Car Successfully

Cyber Attack, What you don't know could get yo Killed!

How to build a Fixed Campfire Cooking Crane

How to Defeat Tear Gas in a Riot

Essential Oils – An Essential Part of Your Medical Preparedness

Why the Revolver isn’t Out of Date

Can We All Get Along?: The success and productiveness of any survival group depends on how well the members can work together.

We're kind of intrigued by that last one. Notice, though, that we didn't provide any links to encourage anyone to actually read these and blame us. You're own your own to seek out the Preppers and Magneto healers if so desired.

So, sit back, enjoy the blood moon this weekend along with the LDS General Women's Conference, and General Conference the week after that. Sniff your oils and rub your magnets if you want. I'm not going to worry too much. Anonymous D will be just fine too.

As for the Emotion Code, you're still on your own to figure that one out. A good friend of mine says it has helped him. My blogging consultants still urge scientific method testing for health claims.
at 11:30 PM