As a Scout, I was bullied as a Gay. There were some bullies who called me "fag," "faggot," "little faggot," and "queer." These words out of the mouths of bullies are becoming as socially unacceptable as the "N___" word. And, thank Heavens!

Scouting isn't about bullying. It should be the exact opposite as a place for team-building and citizenship skills in a diverse society which is the ideal of melting-pot USA. And there still is a lot of bullying.

It probably is a natural inclination for groups of boys to ostracize the outcast. I still hear modern Scouts "jokingly" (actually, bullyingly) call each other "Gay" --the targets no more Gay then I was as a teen even if a bit of an outcast or loner. My role as leader has been to nip that in its bud, stop it in its tracks, whatever it takes to kindly yet forcefully teach that such talk and bullying behavior is unacceptable.

And Scouting isn't about sex. Well, at least it's not supposed to be. But I've heard the crudest language and sexual jokes among Scouts and sometimes leaders. On an excursion to Philmont Scout Ranch years ago, there was a Playboy passed around. Sure, I looked. And I played with the cards bought in San Francisco Chinatown with bare-breasted women on them. We kept making jokes about the "stacked deck." OK, not by best moments, but far from the worst as well.

I've seen sexual crudity and cruelty in LDS and non-LDS Scouts. It was our LDS Troop at camp when the older boys strung up L__'s underwear on the flag pole. I did not think that was funny. I had been the victim of "initiations" the year before which were actually condoned by our clueless Scoutmaster (a real "sporting" type - modeling Scouts on a sports-team model with best players identified and the strong preying on the weak. Not exactly the "Patrol Method.") We called a camp search that night for L__ and fortunately found him hiding - all afternoon and evening - under the wood floor of the Scoutmaster's tent.

There have been and are sexual predators in Scouting. They are for the most part heterosexual. When they are found, they are booted out. Or at least that is the ideal. On some occasions they have been hidden or protected in an attempt to avoid further scandal. And that has come at great cost to the victims, Scouts, and sponsoring organizations.

As far as I know and from the literature I've read, homosexuals are no more likely to be sexual predators than heterosexuals. Nearly all of the cases I know of in Scouting, and I've heard of quite a few, were committed by apparent heterosexuals. And pedophilia is something else different entirely having nothing to do with regular orientations of opposite or same-sex attractions.

And there have always been Gays in Scouting. Sometimes young men don't know their sexual orientation as it is developing. Adult leaders generally do whether in or out of the closet. In the old days, most always in. And in cases that I know of, they did not molest boys or young men.

Strict adherence to the two-deep leadership and properly monitored standards among boys, young men, and leaders should be sufficient to avoid any bullying, abuse, or inappropriate sexual behavior.

It's an odd situation that right now under current policy of BSA and the LDS Church that the church will allow Gays full membership rights and participation as long as they are celibate (a tough standard, I realize, but the same for non-married straights). But under BSA policy, they could not serve as Scout leaders.

We have many ideals in life that we fail to live up to. Scouting has been one of personal heartaches. I love the ideals and outdoor adventure. I love the mentoring of youth towards good citizenship. I love the principles of the Scout Oath and Law. And I see no conflict with Gays who ascribe to those principles and no conflict for non-Gays who should get over the false notions that "A Scout is clean" means Gays are somehow "unclean." Or that "morally straight" has anything to do with sex.

In England, Lord Baden-Powell's homeland and birthplace of Scouting, they have it pretty well down with standards I could support:


Young People
The Scout Association is part of a worldwide educational youth movement. The values, which underpin and inspire its work are embodied in the Scout Promise and Law and in the Purpose of the Association.
Within this framework, the Association is The Scout Association - Policy, Organisation and Rules – January 2014 Chapter 2 Page 2 committed to equality of opportunity for all young people.
The Scout Association is committed to extending Scouting, its Purpose and Method to young people in all parts of society.
No young person should receive less favourable treatment on the basis of, nor suffer disadvantage by reason of:
All Members of the Movement should seek to practise that equality, especially in promoting access to Scouting for young people in all parts of society. The Scout Association opposes all forms of racism.
Leaders and other volunteers
To carry out its work the Association seeks to appoint effective and appropriate Leaders, and to involve other volunteers in supporting roles, all of whom are required to accept fully the responsibilities of their commitment.
The overriding considerations in making all appointments in Scouting shall be the safety and security of young people, and their continued development in accordance with the Purpose and Values of the Association.
Accordingly, all those whom the Movement accepts as volunteers must be 'fit and proper' persons to undertake the duties of the particular position to which they have been appointed (including, if relevant, meeting the requirements of the Sponsoring Authority) and, where appropriate, the responsibilities of membership.
In making an appointment to a particular leadership or support position it may be appropriate to consider the gender and/or ethnicity of the potential appointee, in particular to ensure appropriate composition of leadership or supporting teams.
The physical and mental ability of a particular potential appointee to fulfil a particular role will always be a relevant factor to consider.
Within these constraints, and those imposed by the need to ensure:
no person volunteering their services should receive less favourable treatment on the basis of, nor suffer disadvantage by reason of:

Note: Paedophilia is a bar to any involvement in the Scout Movement. 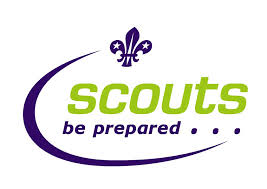