Rising Up in Centerville . . . Utah

We celebrated Juneteenth this year and marched for equal justice. It went well. I've struggled though to find the words to express it because I am so out of my depth. Which is why I dove in the first place.

It is encouraging that significantly more than any time before, protests for racial equality are not just something for the targets of oppression. The protests since George Floyd died under a knee have included Americans in all their diversity and privilege. The protests have even gone international. Some of this is to protest the retrograde racism of the trump administration of course. I'm all in for that. And still, I can never feel the depth of the Black American experience. So we try.

My immediate family appears to be woke or at least in the process. A daughter and I marched for refugees and immigrants when trump first starting imposing his bans. There was to be a peaceful march for racial justice in downtown Salt Lake City for Juneteenth this year. I wanted to go except for the risks of Covid-19. We had talked about doing a local march. The daughter who marched with me before prompted me on to set up our march in front of Centerville City Hall and police headquarters. My other daughter said she was in too. We rolled. 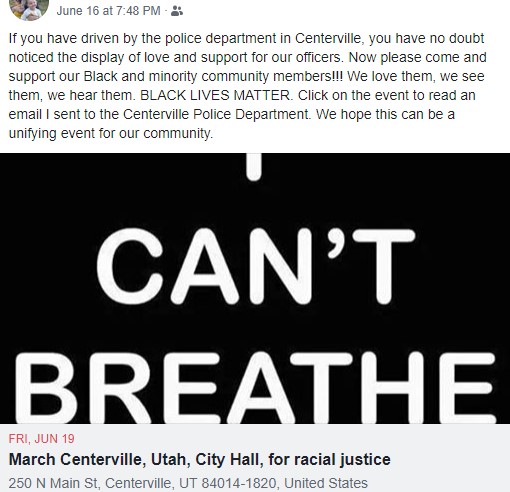 My daughter went up-front with our Centerville Police: 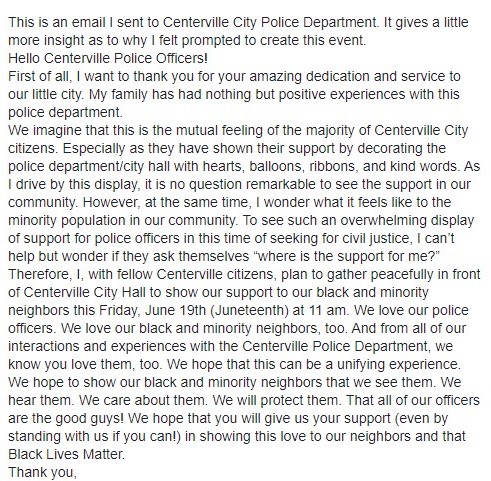 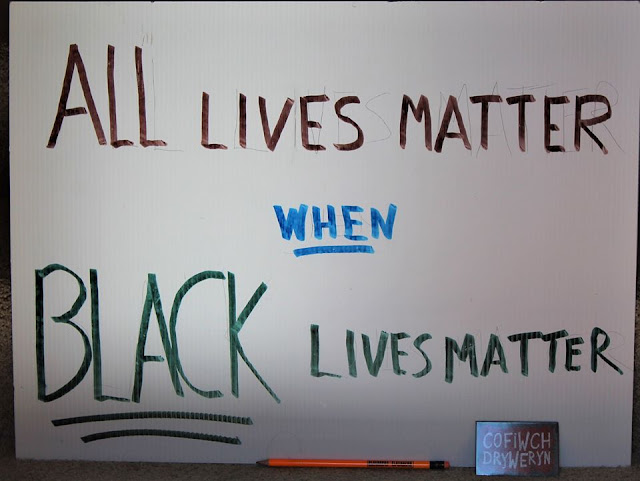 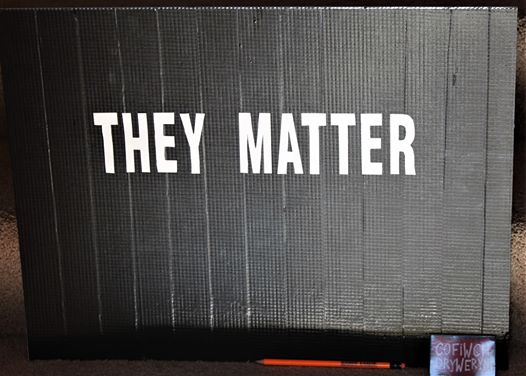 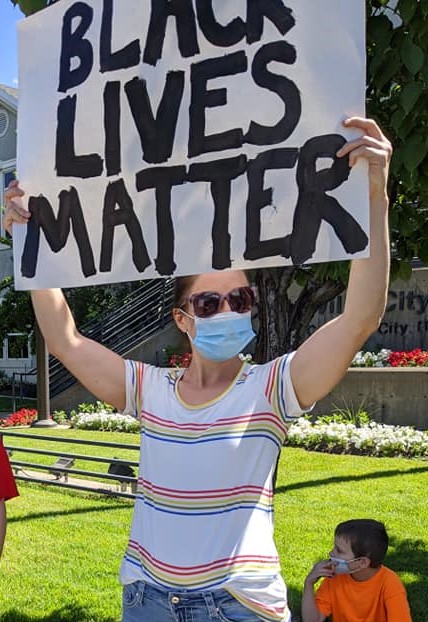 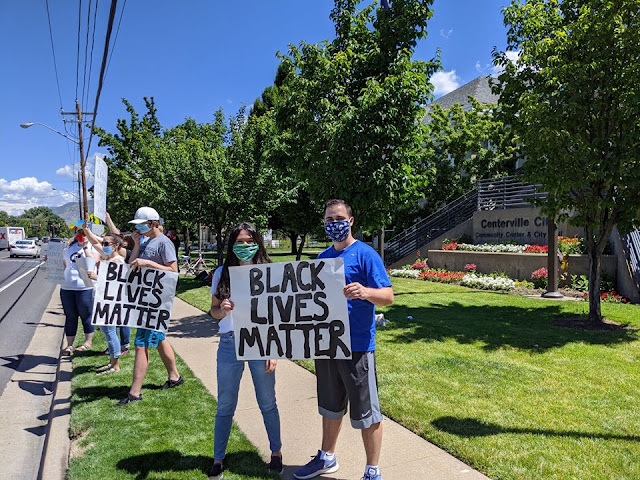 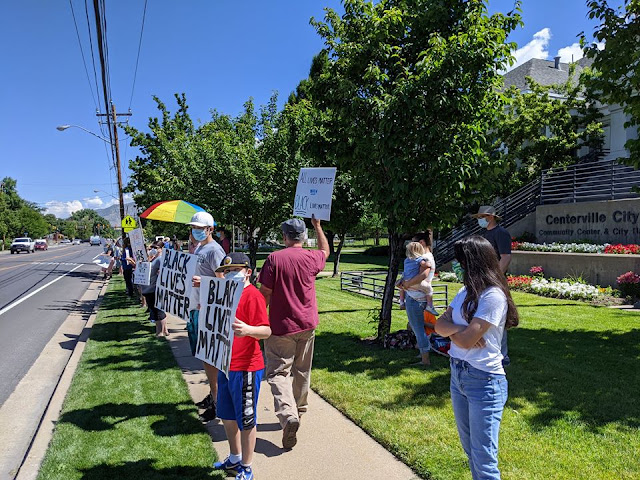 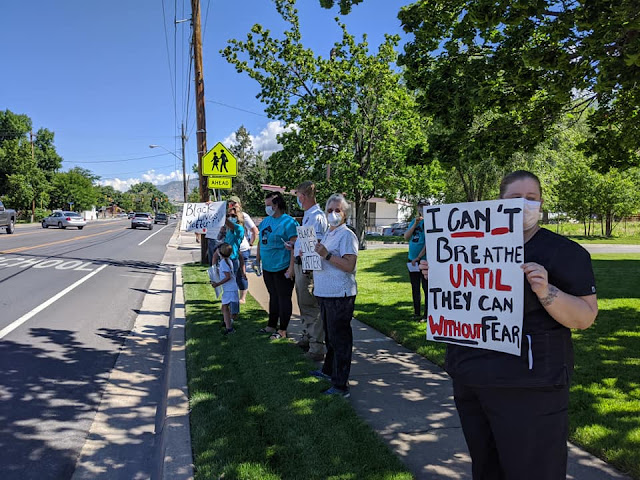 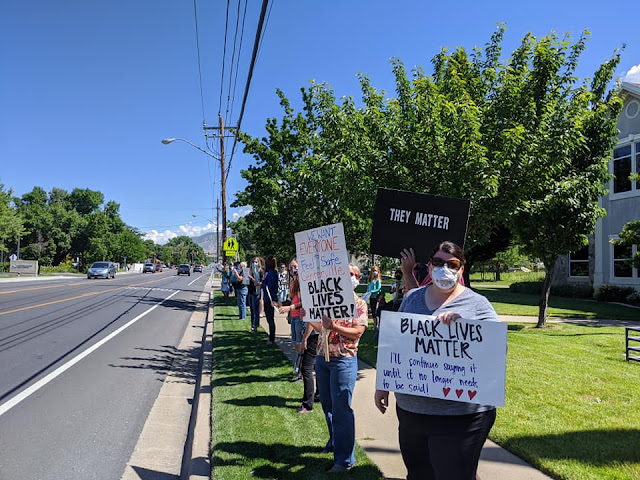 And there is video! Check these links if they will work: Video 1, Video 2.


Well, I marched, walking up and down the sidewalk. I was almost late as I had just gotten a new smart-phone and we trying to get it set up. My daughter was the first call asking where I was. I dropped the phone and jumped in the car making sure I didn't meet the police before the rally. And I made it surprised by a gathering group realizing that my daughters have a lot of support in their friends. A nice woman gave me a mask because I had forgotten mine in the rush.

Most of the people stood at some distancing efforts from each family group. I walked behind back and forth thinking that's what you do in a march. The size of the group surprised me as I thought we had less than a dozen signed up. There were 40 or so. And there were my daughters, a son, children-in-law, and some of my grandchildren. Another son-in-law stayed home with young children so my daughter could come unencumbered.

Out in front of City Hall even in our small community is about as public as you can get. The Post Office surprised me immediately across Main Street. I knew it was there, but I hadn't stood there before watching the cars go by. About half headed by trying not to acknowledge our rising. Another, almost half, let's say 45%, honked our waved their support. That would send cheers and waves through our group. It was probably less than five percent that flipped us off.

The Police Chief was out with us offering masks and bottled water. He did seem a decent guy and I knew he was trying to be friendly while checking us out for potential risks. I called him on it in a friendly engagement. He said his biggest concern wasn't us but the chance of somebody driving by throwing something at us. My response was that we had considered that and our strategy was to duck and then lie on the ground. He said that was a good plan. I think he was smiling behind his mask. My daughter shared this: 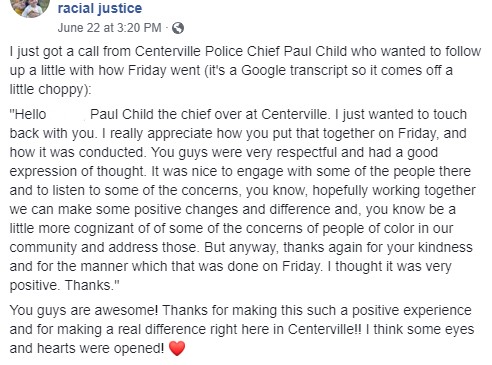 This is good. We change the world with every increment as close as we can to our hearts and those of others.

A son-in-law brought it in deeply with a blog post to read at Perhaps Passionate.
at 9:08 AM