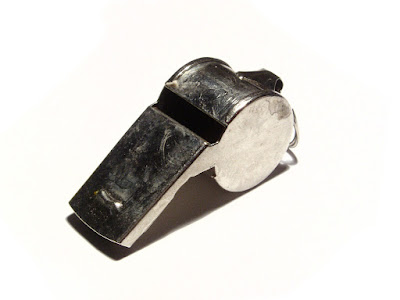 Yes, that would be me. But I didn't work for the State Department or CIA so I'm not that guy (an American Hero! in my book).

At present, I am safely retired with my benefits and most of my faculties intact. My retirement was already planned for the end of June when we were hit by the trump shutdown of 2018-19 over the Holidays and well into new year.

There was a new, temporary or "acting" boss in the office who, in my opinion, was attempting to assert herself as a proactive advocate of the powers-that-be in DC. That is generally our job with the caveat that we are to advise according to the law and we are held to a higher standard to avoid the appearance of partisan politics. Well, that's been a little dicey in the trump administration.

That last shutdown was the weirdest ever. I blogged a little about it here and here. It also came to my attention that some of my colleagues were called in to process oil and gas leasing. This was a controversial activity of questionable legality. With tensions high in our office and some minor conflicts with my current boss including a heated discussion on bringing in some staff to work on oil and gas but not our other important work (as in, work on behalf of the Bureau of Indian Affairs to benefit Indian Tribes), I decided that I would file a Whistleblower Complaint.

It was more for self-protection than any noble act. The general issue of oil and gas leasing had already been brought to the attention of our Office of Inspector General (OIG) as I could read in news articles about offshore oil and gas. I did not know if our Utah business had been brought to the OIG's attention, so I gave it a whirl. That way, any attempt to remove me from my position to risk the loss of my retirement benefits could be fought back with my claim of whistleblower protection under the law.

The OIG sent me a notice that my complaint had been received and would be investigated. I have no idea where that is right now and it is a small matter in the mix of many big issues before the Dept. of the Interior OIG relating to the shutdown and the broader abuses of the trump administration. And I am safely retired and out of the reach of any reprisal by a supervisor. I have no supervisor. That is such a relief.
at 8:47 AM