City of Rocks to Remember 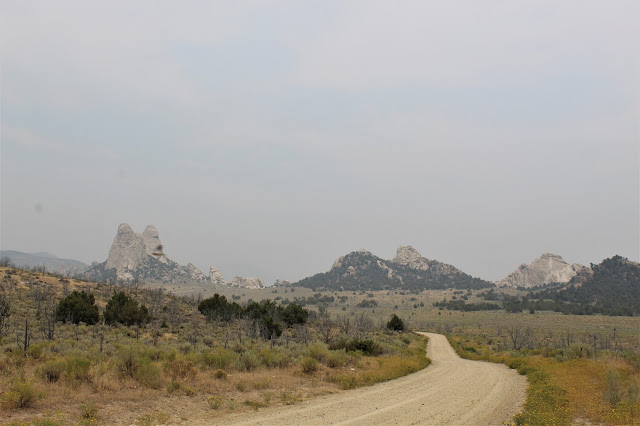 It is a rare privilege to take a Grandson on an adventure. My second Grandson went with me to explore a portion of the California Trail that our ancestor, Elinor Jenkins Vaughan Hulet, likely took on her way to Jacks Valley at the foot of the Sierra just above the Carson River. City of Rocks is now a popular climbing destination. The stones were there when Elinor passed.

In 1848, Addison Pratt and other members of the Mormon Battalion came from California on the trail to meet the Saints including some of their families already in the Great Salt Lake Valley. They cut off from the main California Trail that came up the Raft River from the Snake (in present day Idaho) just below where it came through City of Rocks. Pratt named the The Twin Sisters landmark and it stuck.

Whether informed by Mountain-Man information or however, I'll have to check. But it's amazing that they could establish a new trail and come out where the I-84 freeway passes at Snowville long before Snowville (or the freeway) were ever established. The freeway still follows their route from Snowville at the Utah/Idaho border into the Valley. From Snowville to City of Rocks, the trail is a bit more rugged.

That was our route yesterday with plenty of room to social-distance from Covid-19. 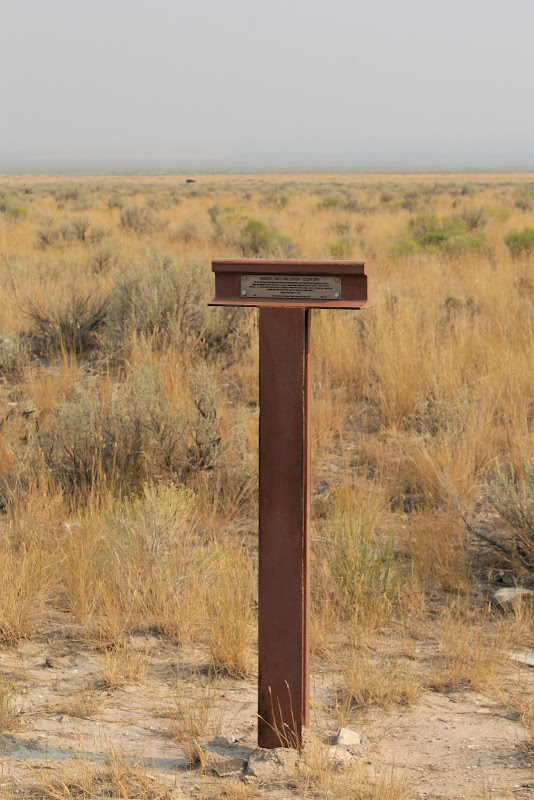 We were glad to see our first California Trail marker just after we headed out on the gravel road. We had a bit of pavement at the Visitor's Center at Almo, Idaho. But for that, it was many miles before we were on a paved highway again.

City of Rocks reminded me that I've always liked rocks. 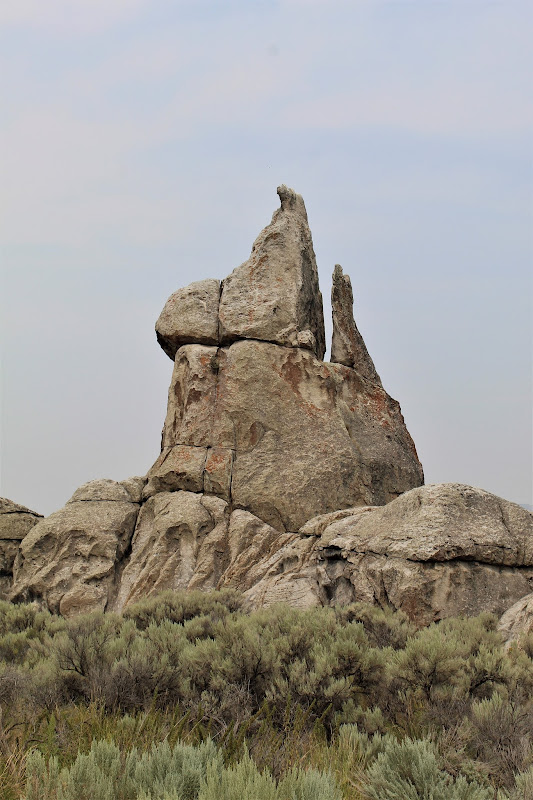 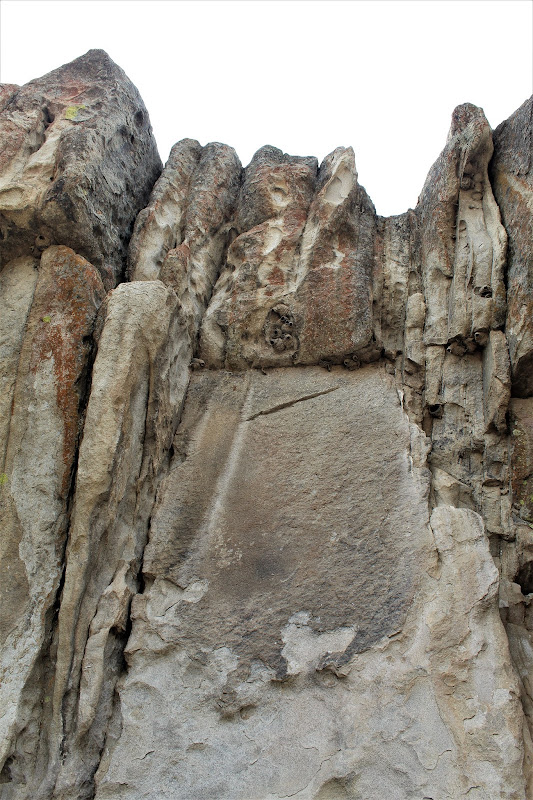 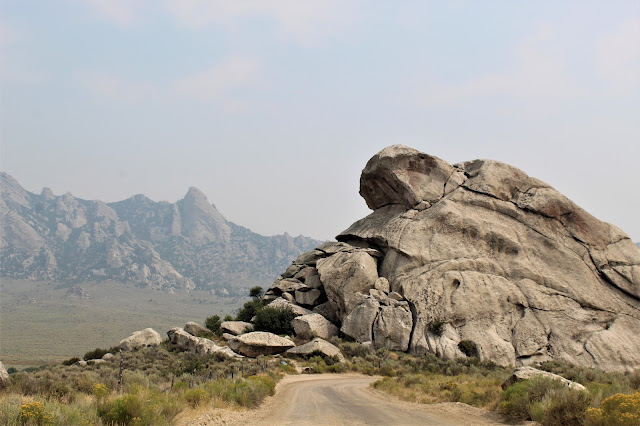 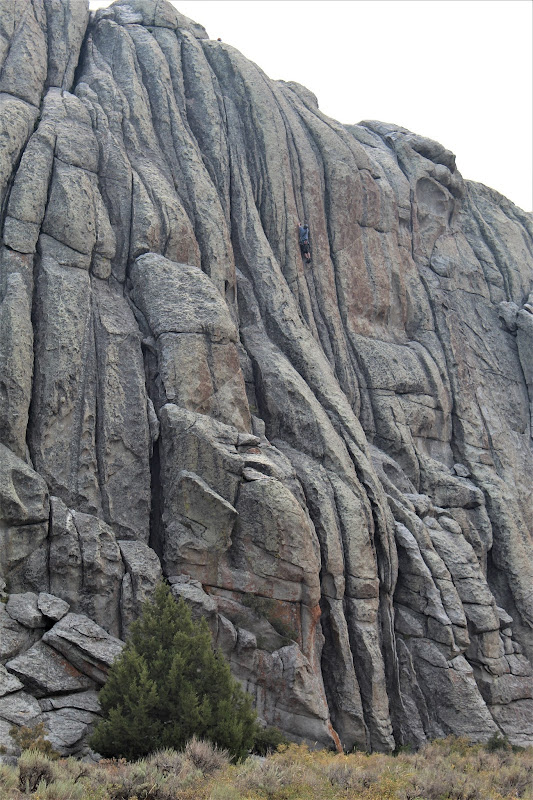 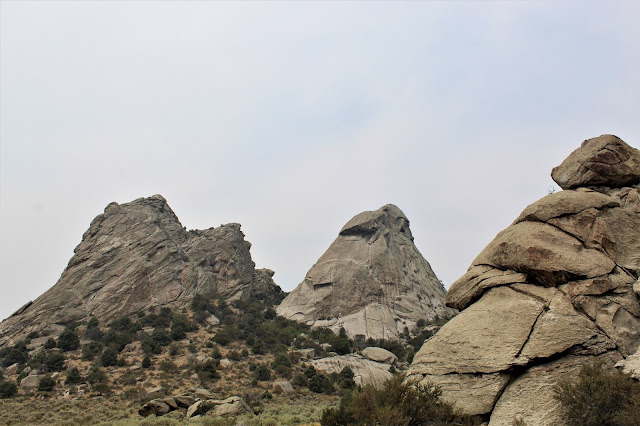 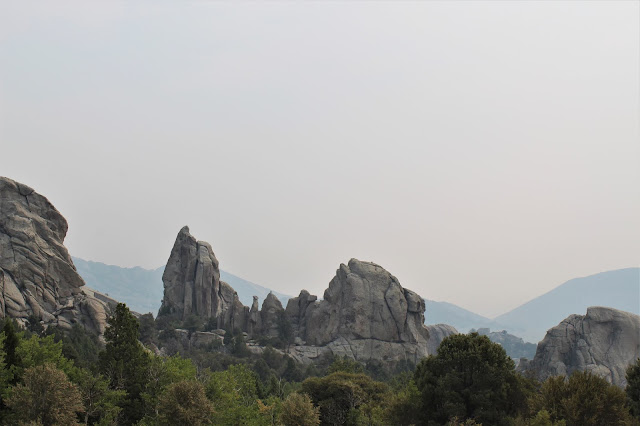 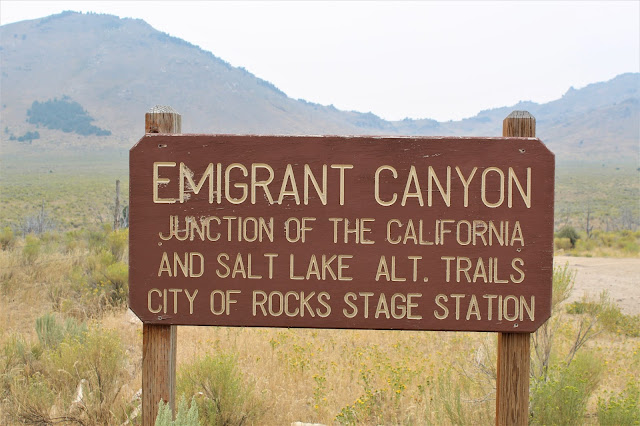 After passing out of the National Reserve Boundary on the far Southwest, we stopped at the last of the iron rail markers for the California Trail. I walked over to the fence line where the trail came through and kicked a large stone loose from the soil. It was a good one. I brought it home for my rock garden.*

It was there when Grandma Elinor passed by. 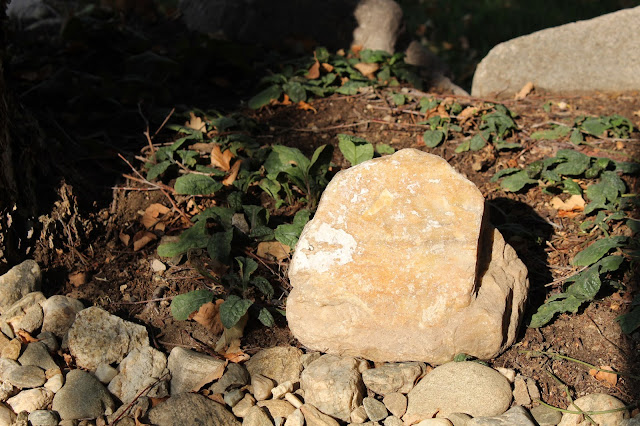