Book Report: The Archaeology of Herefordshire: An Exploration, by Keith Ray

My life-long love of archaeology begin in First Grade when I saw photos of the horrifying casts of human forms from Pompeii. It related directly as we lived in the shadow of Mt. Rainier, an undead volcano like Vesuvius. Later, I was fascinated by all things Egyptian and saw King Tut's Treasure Exhibition in Seattle. And Heinrich Schliemann found his golden treasure, while not quite at the right level for King Priam's hoard, it was gold nonetheless.

In 1969, our Scout Troop hiked the Pacific Beaches of Olympic National Park. As the service project to qualify for our fifty-miler, we helped shovel out some of the settling ponds at an archaeological site at Cape Alava. Prompted by my dad, I asked Dr. Daugherty of Washington State University what it would take to become an archaeologist. He said I should take a lot of Science classes.

Crap. Seventh Grade Science was a joke. How many ways can you measure the effects of hydrochloric acid on sea shells (AKA Calcium)? We did experiment with it on several other substances; desks, linoleum, each other. Sadly, while I continued to read ancient history, I never became an archaeologist.

There was one other thing that bothered me. Egypt, Troy, and even Cape Alava were fascinating but I wanted to find out about where my own ancient people came from. Well, that day has arrived!

Keith Ray's The Archaeology of Herefordshire: An Exploration, (Logaston Press, Almely, Hereforshire, UK 2015) came through Amazon! It was only 20 bucks. And while I haven't read it all in one sitting, I have begun to devour and already have several discoveries in the home turf of my ancestors: 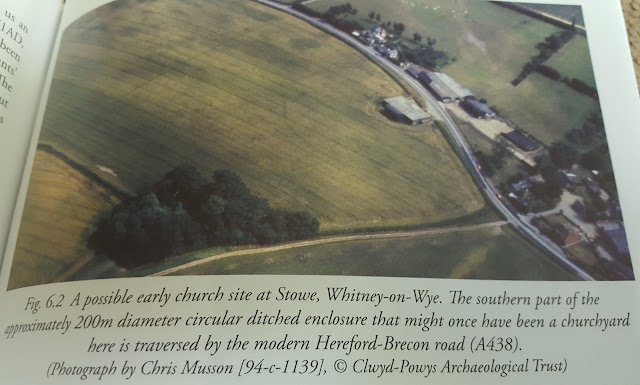 The first right there is aerial field evidence of an ancient, circular church site right where Elinor Jenkins Vaughan was born in 1789 and I herded cows at the road crossing in 2010! I figure if my ancestors where there 200 years ago, why not a thousand, or more?

And then this at Fair Rosumund's Clifford, hard by Hay-on-Wye: 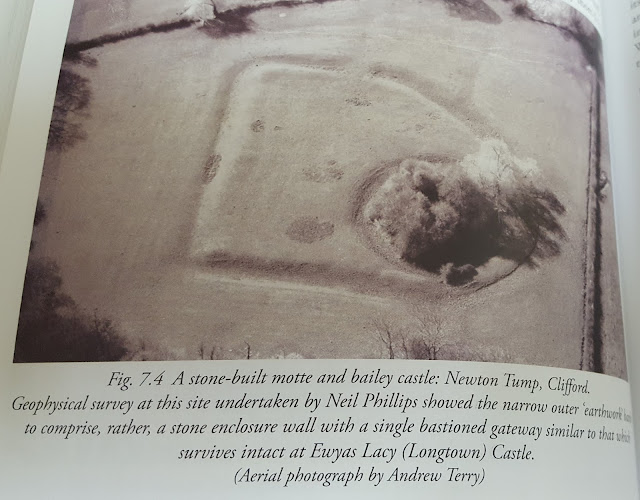 A castle older than the one in which Henry II apparently exercised his droit du seigneur much to Eleanor of Aquitaine's chagrin.

And how about this old sword? 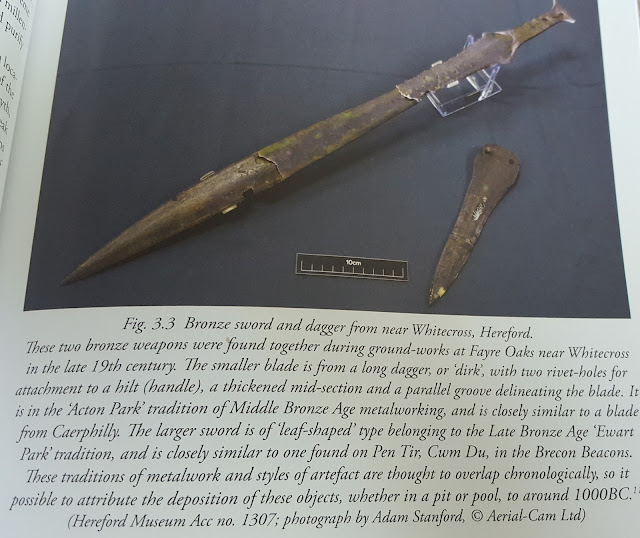 While this is a ways off, it references similar pieces from Cwm Du, another place we've visited as one of the home of the ancient Vaughan's.

Finally, I imagine my 154th Great-Grandpa, Crog, using the item below found near the Dulas Brook on the present boundary of England and Wales at Hay: 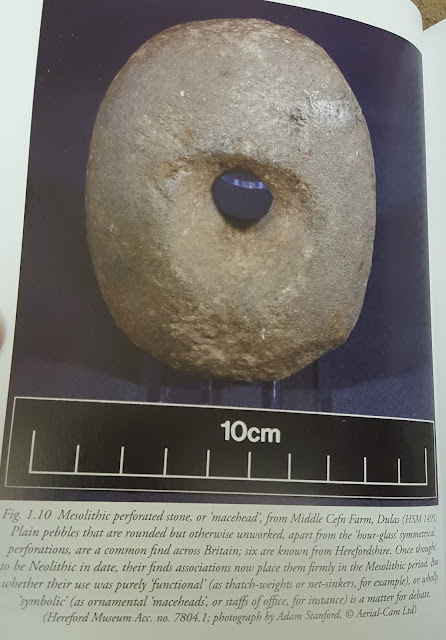 They aren't sure exactly what this was: a fishing-net weight? a mace head? It could have been a simple seer stone. Looking through the hole, my 154th Great-Grandpa could have seen into the eternities. Maybe he saw me.

Exhausting my "fair use" lifting from the book, I highly recommend it. I'm giving it four stars on Amazon and Good Reads.
at 2:54 PM