All six of my kids are great and my four kids-in-law too. We love them all. Still, there are those moments when the joy and pride for a particular one flows over. It came for A-3 the other night.

He recently graduated from the University of Utah in Music - and he has a job! Some weeks ago he went to a job-fair at Utah State University and was heavily and persuasively recruited by a group from San Jacinto Unified School District. And it's a High School Band Director's job!

We came down as a buddy-movie, road-trip pair so he could sign personnel papers and find an apartment. I think he invited me so there would be someone to finance the adventure. . . . yeah. That must have been it.

San Jacinto Valley revealed itself over the bouldered-hills from Beaumont, in glowing evening green - a surprise in drought-drama California. We got to the high school at that early evening time when the fading brightness rises on a prayer. It got darker as we drove around learning that the valley is the opposite of Salt Lake City. West of State Street is really nice. East, well, a bit sketchy as my boy said. The plan is when he brings his wife here is to keep west and wait a month or so until she is encouraged to wander east.

It's obvious that this area has some economic challenges. There are some very nice neighborhoods. But they seem to top out at solid middle middle-class. The lower end gets fairly low. We've been trying to figure how it was as the recruiters indicated that this area has a large Mormon population. It seems pretty clear that housing prices are lower here as it is as far away from the centers of commerce and "quality" in southern Cal. For growing, middle-class families, it's just too pricey in much of the golden land. This older valley of modest, retirement resorts of double-wides provides room to grow in affordable newer homes as far east as you can get up against the mountains and at the apex of the LA-San Diego Megalopolis.

So here, families of various ethnicities meet in the lower middle-class striving for the center. Education can help that. And Music can help Education.

I should stop pontificating about something I really know very little of and leave you with a series of pics from the highly suspect coincidence that my boy wanted to get down here this week without knowing there was to be a district band concert Tuesday night.

We got to the high school gym plenty early and went to sit up high where we thought the front was of all these performance groups. A woman wearing a BYU lanyard [one of the recruiters] called out to A-3 and invited us to sit down in front with the District VIPs. I ended up next to the Superintendent and tried really hard not to sweat. They introduced my son as the incoming Band Director. The Outgoing was very friendly and announced my boy with some fanfare. After it was over, our new Band Director was engaged in multiple conversations. I realized he didn't need me anymore as I withdrew. 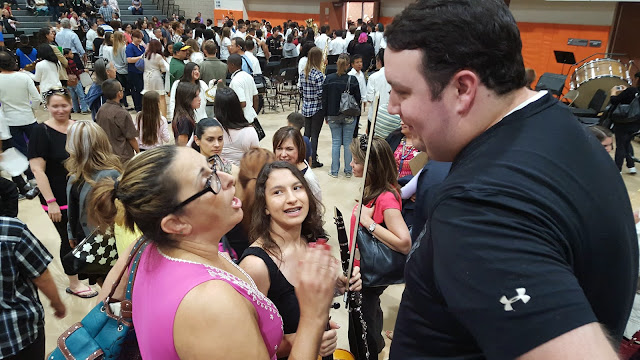 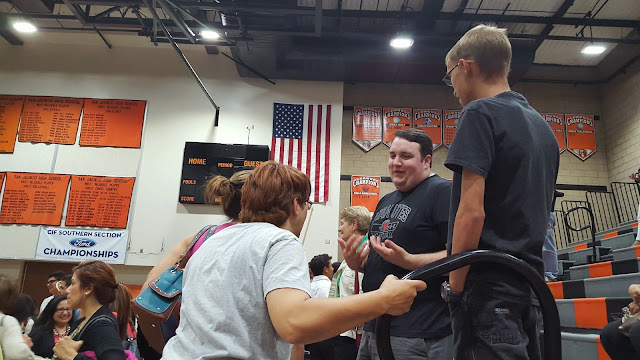 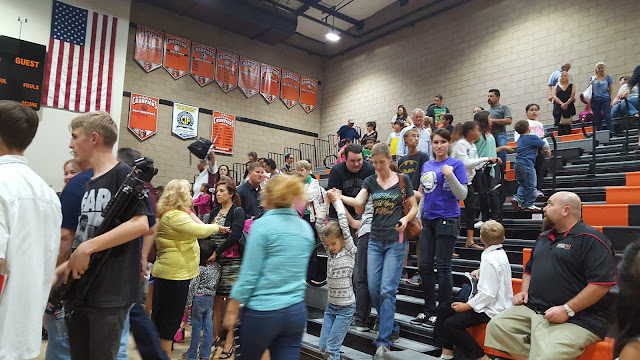 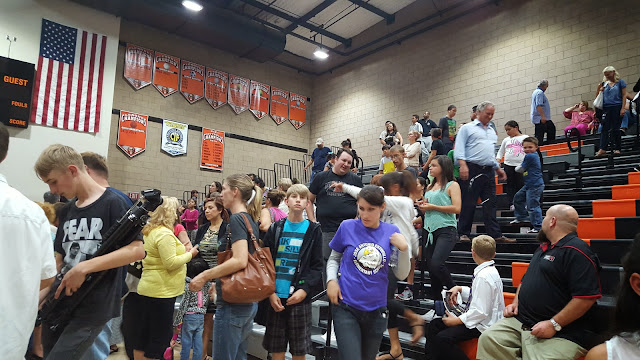 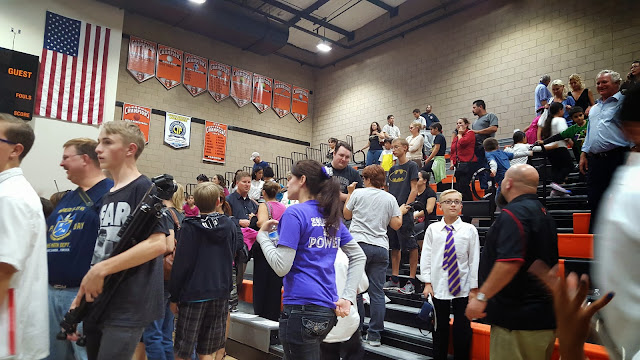 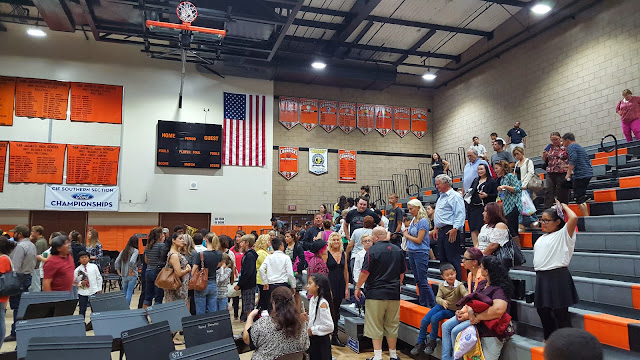 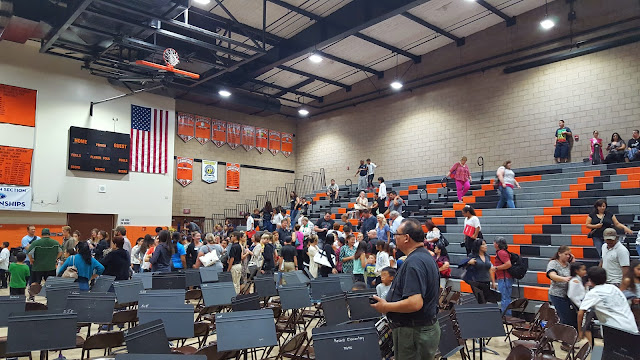 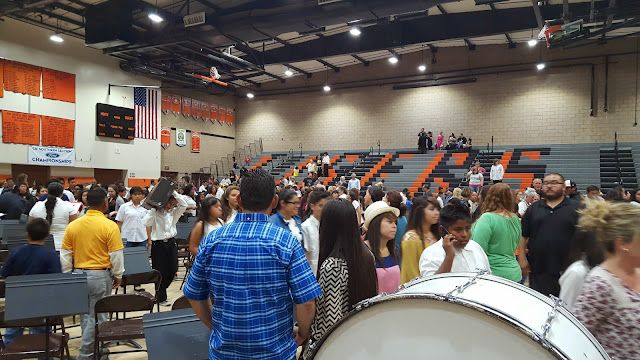 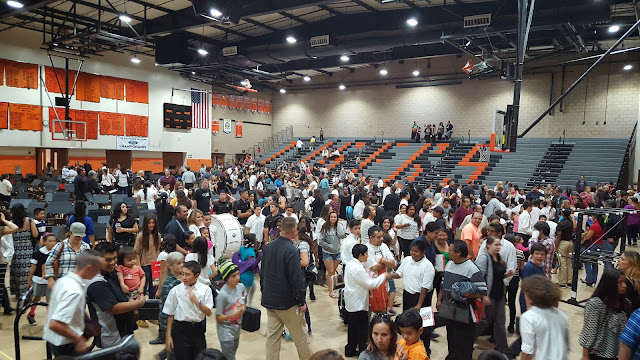 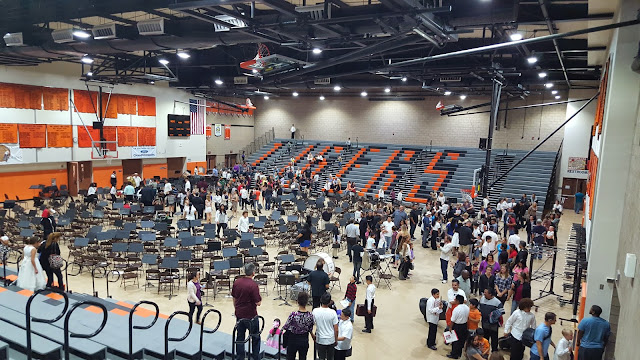