The World Is On Fire!

It seems that way when you step out your front door and see this: 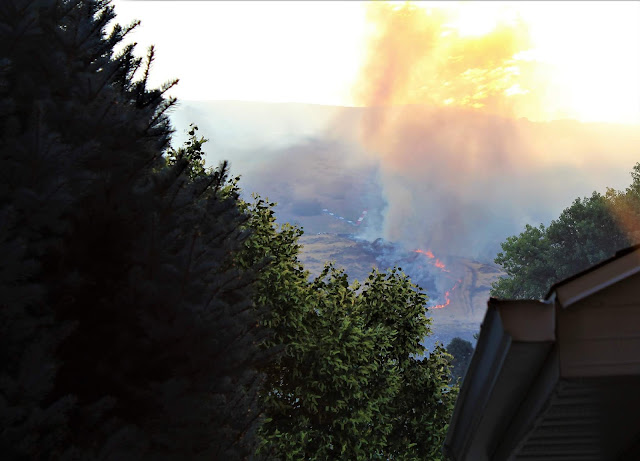 It is fire season in Utah. This "Gun Range Fire" completely destroyed three homes up by Cheese Park (Twin Hollows) and damaged several others in the night. We were three blocks West of the evacuation zone but two blocks into the "soft" zone where they wanted no one but residents.

The fire started in the middle of the night. No cause has yet been announced. There were weather warnings about dry thunderstorms and winds last night that could have started fires.

Here is a link to local news about the fire.

I've been up to the Gun Range for which the fire is named shooting skeet with the Scouts. I've run up on those trails too, all the way up the mountain before my feet gave out a few years back due to bone spurs (legit) and plantar fasciitis (nothing to do with Nazis--I hate those guys).

Today, I was planning on mowing the back lawn but there was too much smoke it the air. It's all gone now. The local firefighters and the feds did a good job taking care of the fire. I say "feds" because there were helicopters dumping water and one fly-over by this plane, likely a fed operation: 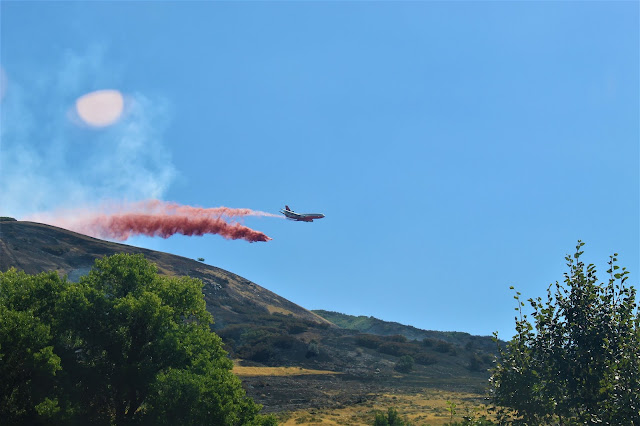 Here are some shots of the helicopters in action: 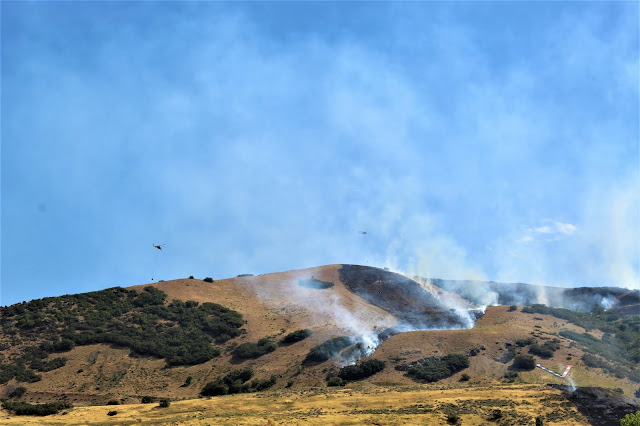 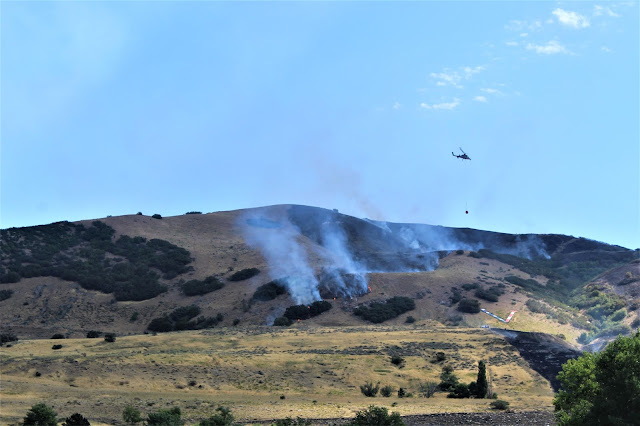 It closed in on the "V" for Viewmont High School: 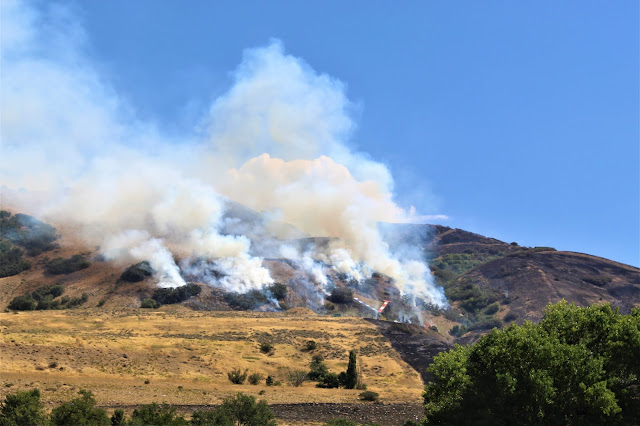 Then it seemed to burn itself out in the small canyon beyond the "V." The Skyline Drive goes up through there so they likely had fire breaks. 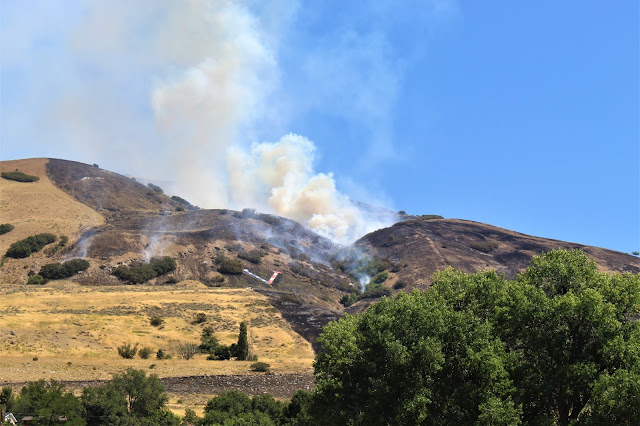 Now, there is a charred mountainside from South Centerville through North Bountiful. 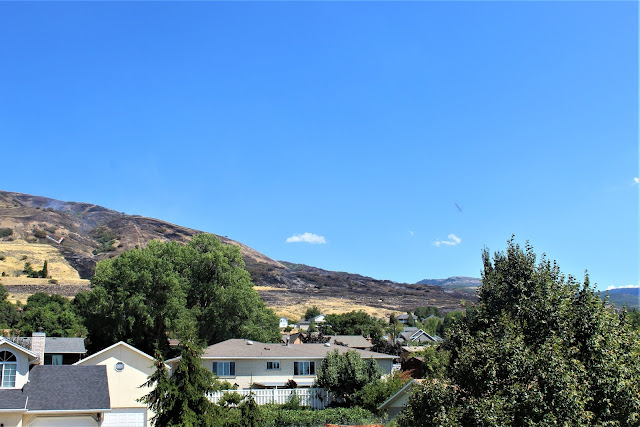 And we pray for no gully-washer rains before some foliage starts to grow back. . . .

Oh, and no earthquake. We can wait a few more decades for the Wasatch Front to shift.
at 4:21 PM