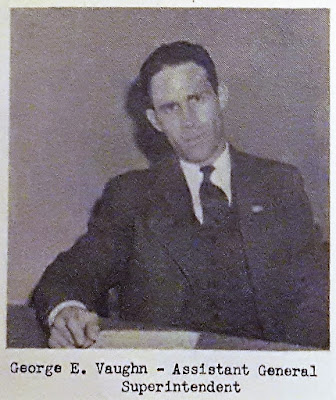 Odd Coincidence that. I was entering wonderful details of my Grandpa's education and work history onto Ancestry.com from a civil service application dated 1943 when he applied for a management job at the Ogden Arsenal. It was the 33rd anniversary of my civil service computation date.

Yes, my Grandpa helped win the war building the bombs that blasted the Third Reich and Imperialist Japan to bits. A necessary job even with the tragedy of human suffering. Sometimes one must do the unpleasant things that are necessary. That seems the very nature of often disrespected government service.

The photo of a young, confidant office manager, Assistant General Superintendent (not assistant to the General Superintendent!) is in stark contrast to the earlier "careers" my Grandfather had during the Great Depression. During the bad year of 1937, he was a car salesman, unemployed, a cooker of peas in a canning factory, laborer at the Midvale Mining and Refining Co., and ended the year unemployed again.

He was 31 with a family when the war broke out. A younger brother served in the European Theater, awarded a Bronze Star for taking out a machine-gun nest. A job at the Arsenal might seem safer, but he was handling explosives and making bombs, not an inherently safe profession.

After the War, the Ogden Arsenal reduced its staff significantly. Grandpa went on to some other economic endeavors, never becoming wealthy but able to provide for a family. The job at the Arsenal was a highlight of his life.

It's good to see my Grandpa as a Bureaucrat. Federal Civil Service - Family Pride. 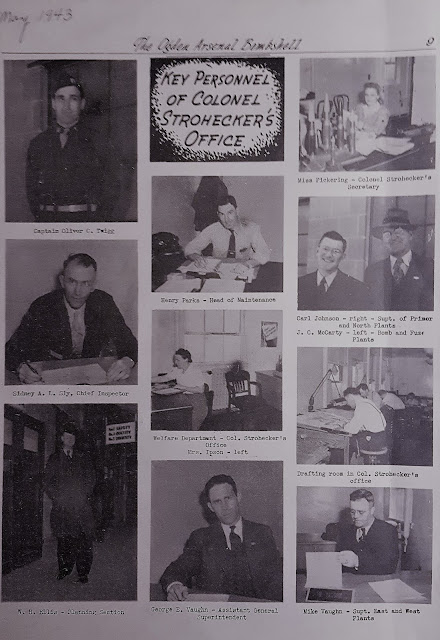